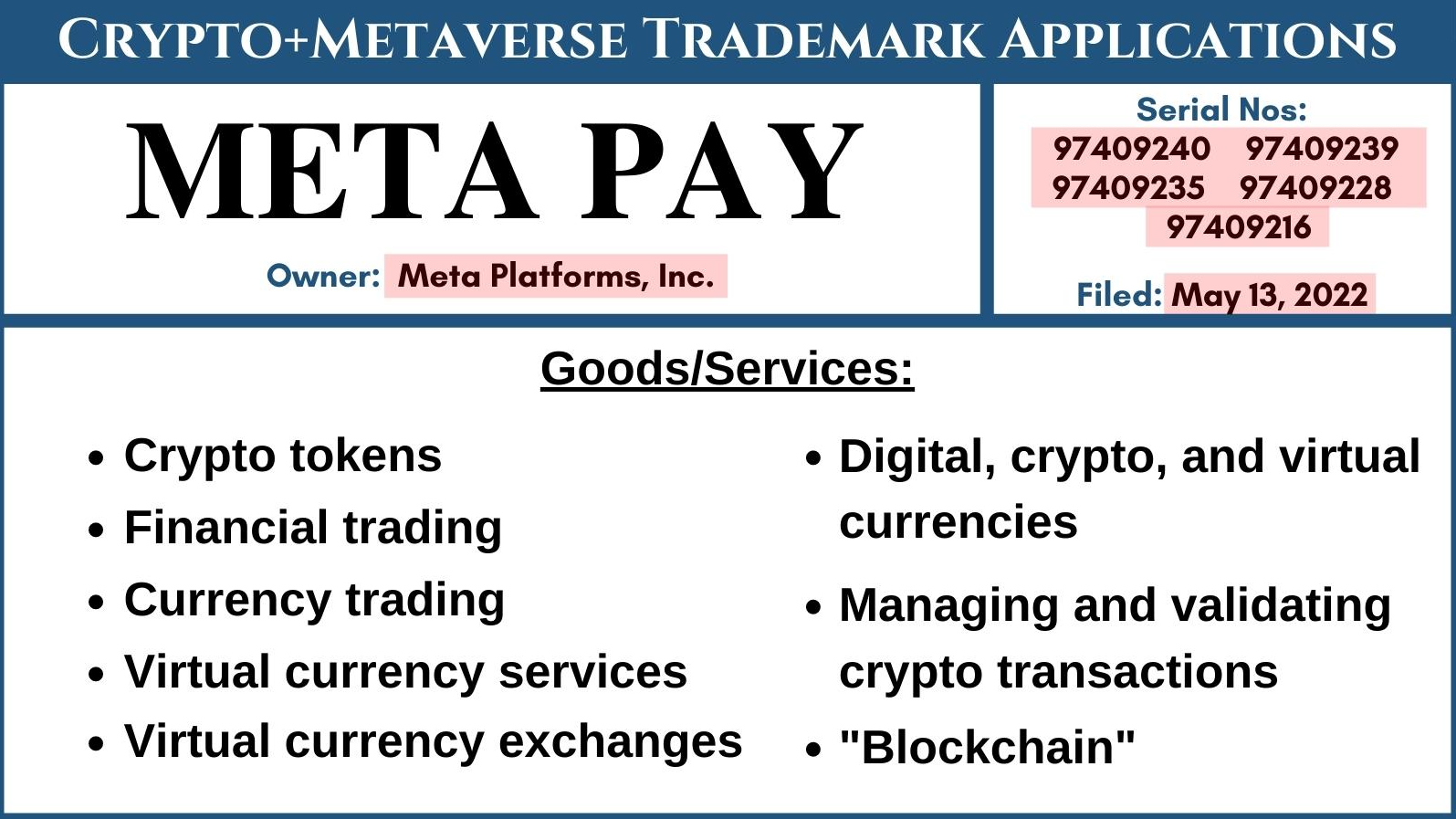 In addition to payment and trading, Meta Pay may also include digital asset lending and investment services, as detailed in the trademark application.

The social media giant previously purchased the MetaPay.com domain name from South Dakota-based MetaBank in a $60 million deal in December 2021.

Also, the Instagram service (an extremist organization in the Russian Federation) recently started testing NFT integration features in your application. NFT creators and collectors can profile their digital creations and share them with followers. Meta CEO Mark Zuckerberg also announced an ambulance such integration and on Facebook.

Previously, the team of the largest social network has already attempted to enter the field of digital finance and develop its own Libra cryptocurrency, but due to the prohibition of regulators, the company’s management decided to abandon this idea.