HomeAutoMahindra Scorpio-N or XUV700 or Thar, whose engine is the most powerful,...

Mahindra Scorpio-N or XUV700 or Thar, whose engine is the most powerful, know here – News 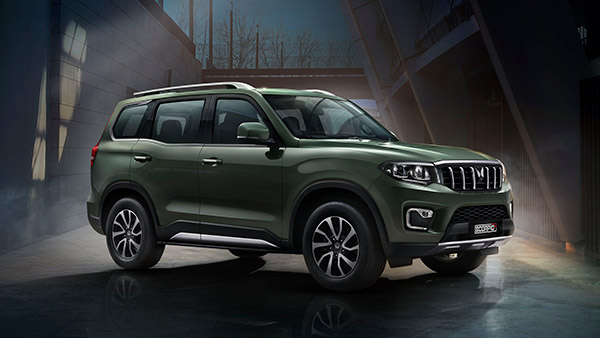 It is being told that this new model will be sold along with its existing model. The company will launch its current model as Mahindra Scorpio Classic. Although official information about the specification of the new Mahindra Scorpio-N has not been revealed, but some reports have been told about it.

The new Mahindra Scorpio-N is said to share engine and gearbox options with the company’s Mahindra XUV700 and Mahindra Thar. However, all the three models are going to offer different power and torque outputs. The new Scorpio-N will be powered by a 2.0-litre 4-cylinder, mStallion turbo petrol engine.

The same engine also powers the Mahindra Thar and Mahindra XUV700. In the Scorpio-N, this engine produces 197 Bhp of power and 370 Nm with manual and 380 Nm with AT. This variant will come with RWD and 4WD drivetrain.

The same engine has been used in the Mahindra Thar too, but it has a lower power output. In Thar, this engine gives 150bhp at 5,000rpm and 320Nm torque at 1500rpm. Both manual and automatic gearbox options are on offer in Mahindra Thar.

Talking about Mahindra XUV700, the same engine in this car gives 197bhp at 5,000rpm and 380Nm of torque between 1,750-3000rpm. This car also gets the option of 6-speed manual and 6-speed torque converter automatic. Apart from this, all three will also get the same 2.0-litre mHawk turbocharged diesel engine.

The 2.2L mHawk turbo-diesel engine found in the Mahindra Thar produces 130bhp power at 3,750rpm and 300Nm of torque at 1,600rpm. Transmission options include a 6-speed manual and a 6-speed torque converter automatic.