HomeEntertainmentLynda Carter shuts down homophobic claim that 'Wonder Woman' is not for... 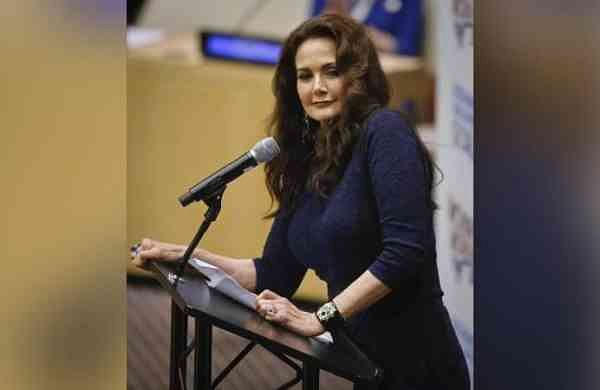 LOS ANGELES: Actress Lynda Carter proved her superhero powers in real life after using social media to shut down a homophobic user claiming ‘Wonder Woman’ “is not for gays.”

Carter starred as Diana Prince/Wonder Woman for three seasons of the eponymous superhero TV series, which aired between 1976 and 1979, reports ‘Variety’. The actor marked the start of Pride Month by sharing fan art of Wonder Woman in front of rainbow colors and writing: “Happy Pride! So excited to celebrate with all my LGBTQIA+ friends and fans.”

“Wonder Woman IS NOT A SUPERHERO FOR GAYS,” one Twitter user wrote to Carter, who fired back with the following statement: “You’re right. She’s a superhero for bisexuals!”

“I didn’t write Wonder Woman, but if you want to argue that she is somehow not a queer or trans icon, then you’re not paying attention,” Carter later explained.

“Every time someone comes up to me and says that Wonder Woman helped them while they were closeted, it reminds me how special the role is.”

The user continued to express outrage over Carter’s comments, writing to the actor on Twitter, “Why did you use Wonder Woman to promote gays, lesbians (and bisexuals?) My whole life you were my hero! What a disappointment you are!”

I didn’t write Wonder Woman, but if you want to argue that she is somehow not a queer or trans icon, then you’re not paying attention.

Every time someone comes up to me and says that WW helped them while they were closeted, it reminds me how special the role is.

Carter later posted a photo of herself holding up a fist and wrote: “Love seeing all the love from LGBTQ+ fans today! Now here’s one I call the ‘ready to fight your homophobic relatives’.”

The actor recently returned to the ‘Wonder Woman’ franchise with her cameo appearance opposite Gal Gadot in ‘Wonder Woman 1984’. Carter showed up in the film’s end credit sequence as Asteria, a legendary Amazon warrior. There’s no word on whether or not Carter will reprise the role in a larger capacity in ‘Wonder Woman 3’.