HomeEntertainmentLock Upp: Tejasswi Prakash reached the lock-up as a warden, on whom...

Lock Upp: Tejasswi Prakash reached the lock-up as a warden, on whom will he poison? 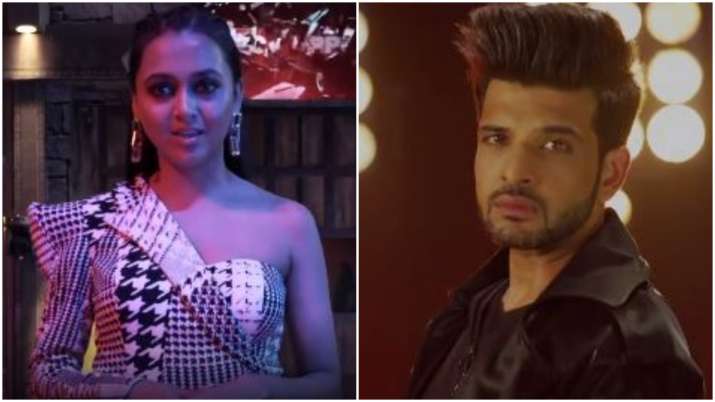 Kangana Ranaut Hosted by Reality Show ‘Lockup’ is very close to its grand finale. In such a situation, the makers are leaving no stone unturned to bring twists and turns in the show to keep the audience connected with the reality show. right there in the show Karan Kundra Playing the role of a jailer.

Meanwhile, there is an exciting news for Tejran fans. karan kundra girlfriend and actress shining light Soon she will be seen in the show as ‘Warden’. Let us tell you that ‘Lockup’ is a controversial reality show, which is streamed on Alt Balaji and MX Player.

Actually, Alt Balaji has announced to join Tejashwi Prakash’s show by sharing a promo video on his Instagram account. Alt Balaji while sharing the video wrote- ‘Major turning point in the last week! The badass jailer is going to get the badass warden. In this promo clip, Tejasswi is seen entering the lockup in a stylish way. After this she says that ‘I am coming with jailer Karan Kundra in this last game of lockup with a special power’. It is clear from this promo that after the arrival of Tejashwi Prakash, one or the other must be eliminated from the show.

Talking about the show, ‘Lockup’ started with 16 celebrity contestants, which went on to grow to 20. Karan Kundrra entered the show as a jailer in March. He makes the contestants do many tasks in this show. Now Tejran fans will get a chance to see both of them together once again.

Lock Up: Poonam Pandey’s journey ended with ‘Lock Up’, the actress was out before the finale

Lock Up: Anjali Arora revealed that she tried to commit suicide by drinking phenyl

Lock Upp: Saisha Shinde revealed, ‘I had a relationship with a famous fashion designer’