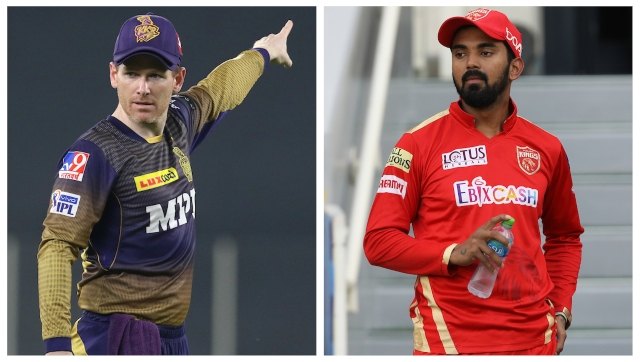 Live Score KKR vs PBKS, IPL 2021, Today’s Match: Kolkata Knight Riders and Punjab Kings will face off in a battle for the fourth and playoff spot on Friday.

Preview: In KKR’s previous match, Sunil Narine shone with bat and ball as Kolkata Knight Riders boosted their play-off hopes with a three-wicket win over Delhi Capitals in the Indian Premier League.

West Indian Narine returned figures of 2-18 with his spin to limit Delhi to 127 for nine and then played a crucial cameo innings of 21 as Kolkata reached their target in 18.2 overs on a slow Sharjah pitch.

Eoin Morgan’s Kolkata have won three of their four matches in the resumed Twenty20 tournament in the United Arab Emirates to reach fourth in the eight-team table.

The West Indies limited overs captain sent back big-hitting T20 teammate Chris Gayle and then made Punjab captain K.L. Rahul 300th victim. “For me to get these wickets, I’ll take it each and every time”.

The defeat was a set back in Punjab’s bid to recover from a slump and launch an effort to secure playoff qualification.

With inputs from AFP.