Little Sara was seen sitting on Sachin Tendulkar’s lap, see the lovely picture of father and daughter before Father’s Day 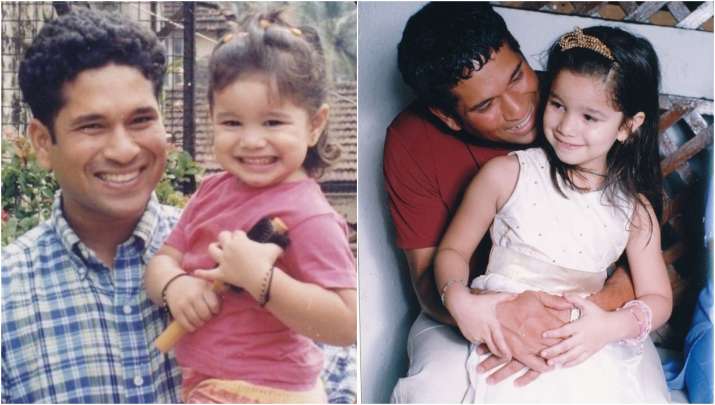 Sara Tendulkar, daughter of former cricketer Sachin Tendulkar, is as stylish as she is beautiful in appearance. This is the reason, every picture of him becomes viral as soon as it comes on social media. Sara is very active on social media and keeps sharing with her fans every day. Meanwhile, a picture is going viral on social media.

However, this picture has been shared by Sara’s father Sachin Tendulkar on his social media account. Who is getting a lot of love. Sachin Tendulkar has brought back old memories by sharing an old picture of him with Sara. Sara Tendulkar is very young in the picture going viral. In the photo, Sara can be seen wearing an off white color frock. With this frock, Sara is wearing a tiara on her head, in which she looks like a little princess.

Let us tell you that Sara’s fan following is no less than any big star. Seeing the pictures of Sara is very much liked by her fans. Fans are also very interested in knowing about the personal life of Sachin’s daughter.