HomeAutoLand Rover is bringing this cool SUV, a glimpse of the teaser...

Land Rover is bringing this cool SUV, a glimpse of the teaser – News 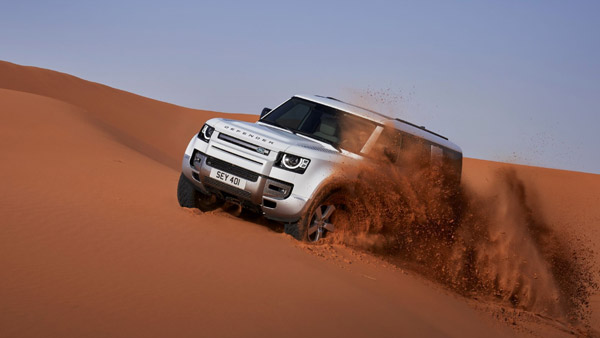 As of now, the company has released only one image of the new Defender 130, which doesn’t reveal the exact seating ratio. However, it is being told in the report that seats can be given in three rows. In this, eight seats are distributed in three rows of seats according to the 2-3-3 scheme.

Currently, the Land Rover Defender is being sold in two variants – Defender 90 (three-door) and Defender 110 (five-door). As of now, the engine and power details of the Defender 130 have not been revealed. However, it is being said that the SUV will be available with multiple options of turbo petrol and mild-hybrid diesel engines. A plug-in ibrid variant of this SUV can also be offered.

The new Range Rover Sport is powered by a 3.0-litre, six-cylinder, turbocharged diesel engine that churns out 350 Bhp of power and 700 Nm of torque. The option of a mild-hybrid petrol engine has also been given in this SUV.

Share
Facebook
Twitter
Pinterest
WhatsApp
Html code here! Replace this with any non empty raw html code and that's it.
Previous articlePanchayat: The village life
Next articlePakistan in preparation to increase nuclear weapons showing fear of India, US intelligence report, know how many weapons both countries have
AUTO
Auto