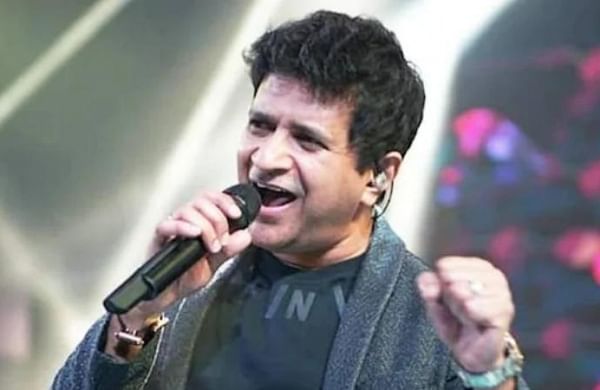 KOLKATA: Kolkata Police has registered a case of unnatural death over the demise of renowned Bollywood singer Krishnakumar Kunnath popularly known as KK, a senior officer said on Wednesday.

The case has been lodged with New Market Police Station under whose jurisdiction falls the five-star hotel where KK had put up and felt unwell before being taken to a hospital on Tuesday night, he told PTI.

“We have started an investigation into singer KK’s death and a case of unnatural death has been registered with the New Market Police Station. We are talking to the hotel authorities and scrutinising CCTV footage to understand what had happened before he was taken to the hospital, ” the police officer said, adding that two persons have been questioned in connection with the case.

An initial probe has revealed that the 53-year-old singer, who was on a two-day tour to Kolkata to perform at two college programs, was “almost mobbed” by fan followers at the hotel where he had returned after performing at Nazrul Mancha auditorium in the southern part of the city, he said.

“The singer had allowed a couple of fan followers to take snaps with him, but then he refused to carry on with the selfie session. He left the lobby and then went upstairs where he had reportedly stumbled and fallen on the floor. with him informed the hotel authorities,” the officer said.

KK was then hastened to a private hospital in the part of the city where he was declared “brought dead” by doctors, he said, adding that singer probably because of the fall, the had two injuries — one on the left side of his forehead and another on his lips.

“He was brought to the hospital around 10 pm.

It’s unfortunate that we could not treat him,” a senior official of the hospital said.

Doctors at the hospital said they suspected “cardiac arrest” to be the cause of the death.

A post-mortem examination will be conducted during the day to ascertain the exact cause of his death, he added.

“The autopsy report will throw light on the exact cause of death. We are waiting for it,” the police officer said.

Meanwhile, the singer’s wife reached the city and went to the hospital where his body has been kept.

“The sudden and untimely demise of the Bollywood playback singer KK shocks and saddens us. My colleagues have been working from last night to ensure that all requisite support is given for necessary formalities, his rites and to his family now. My deep condolences,” she tweeted.

Banerjee, while speaking at a program in Bankura, said she has cut short her tour and will try to reach Netaji Subhas Chandra Bose International Airport in Kolkata and pay her last respects to the mortal remains of KK.

She said the state police will give gun salute to the deceased singer.

“KK was a youth icon. We have lost a great singer. I have spoken to his wife who has arrived in Kolkata. Depending on the weather condition, I will try to reach NSCBI Airport to pay last respect to the singer. The state police will give gun salute to him,” she said.

The singer had performed at Nazrul Mancha on Monday evening also in a concert organized by Vivekananda College.

He was scheduled to return to New Delhi on Wednesday.

Condoling his death, Prime Minister Narendra Modi said KK will always be remembered through his songs.

“Saddened by the untimely demise of noted singer Krishnakumar Kunnath popularly known as KK. His songs reflected a wide range of emotions as struck a chord with people of all age groups. We will always remember him through his songs. Condolences to his family and fans .Om Shanti,” Modi tweeted.

His wife and sons will reach Kolkata on Wednesday morning.

KK, who was on a two-day tour to Kolkata, also performed at Nazrul Manch on Monday evening in a concert organized by Vivekananda College.

He was supposed to return to New Delhi on Wednesday.

“I have so many personal memories with him. We started our careers together. He was such a nice and non-controversial person. Life has become so unpredictable and uncertain after the pandemic,” singer-turned-politician Babul Supriyo told reporters after reaching the hospital.

“KK has a big contribution to the advent of rock music in India,” said Supriyo, a TMC MLA.

A police team was posted outside the hospital to manage KK’s fans who started gathering after hearing the news of his death.

Shibasis Banerjee, a student of Gurudas College who attended Tuesday’s concert, said the singer was full of energy during the show.

“He posed with us for selfies and also gave us autographs when we requested,” he said.

“He performed one song after another on the stage. A huge number of people gathered to see him. It is unbelievable that he is no more. I met him at such a show during the initial days of my college, when I told him that today, he instantly recognized me,” Shibasis said.

A versatile singer, KK has also recorded songs in Tamil, Telugu, Kannada, Malayalam, Marathi and Bengali, among other languages.