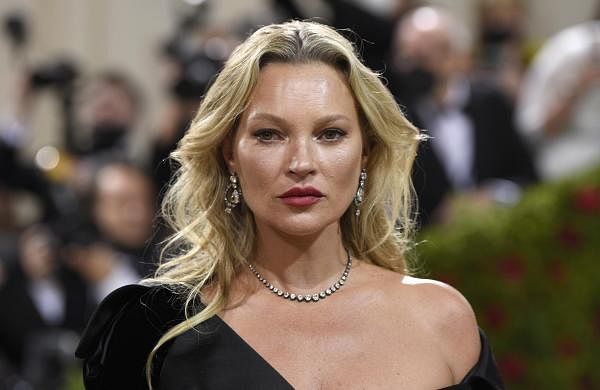 The supermodel was spotted leaving the venue on May 31 after Depp took the stage with rock guitarist Jeff Beck, as seen in photos published by the Daily Mail, reports eonline.com.

The UK performance marked Depp’s third consecutive show of the week with Beck.

Totally their performance series, which kicked off on May 29 in Sheffield, Beck and Depp performed their 2020 collaboration ‘Isolation’.

Depp also joined Beck to deliver covers of well-known hits on the guitar such as Jimi Hendrix’s ‘Little Wing’, per videos that have surfaced on the Internet.

Prior to attending his concert at Royal Albert Hall, Moss, who dated the Pirates of the Caribbean actor from 1994 to 1998, testified during his defamation trial against Amber Heard on May 25.

The supermodel appeared before the court in Fairfax, Virginia, on video after Heard testified weeks earlier that during an alleged confrontation with Depp, she “instantly” thought “of Kate Moss and stairs.”

While on the witness stand, Heard said that she thought Depp was going to push her sister Whitney Heard down the stairs during an altercation in their Los Angeles home, explaining: “And the moment that happened I remembered information I had heard (that) he pushed a former girlfriend, I believe it was Kate Moss, down the stairs.”

While on the stand as a rebuttal witness, Moss detailed the moment in question, which occurred in the 1990s.

“We were leaving the room and Johnny left the room before I did and there had been a rain storm and as I left the room, I slipped down the stairs and I hurt my back,” she recalled.

“I screamed because I didn’t know what happened to me, and I was in pain and he came running back to help me and carried me to my room and got me medical attention.”

Additionally, Moss testified that Depp “never pushed me, kicked me, or threw me down any stairs” throughout their four-year relationship.

Depp filed suit against his ex-wife Heard after she wrote an op-ed for The Washington Post in 2018. During Heard’s op-ed, she described herself as a “public figure representing domestic abuse.”

Although Depp’s name was never mentioned during the ‘Aquaman’ actress’ personal essay, his lawyers stated in previous court documents that she “concocted the story in hopes of generating positive publicity and to advance her career.”

After more than six weeks of trial concluded, the jury ruled that Heard was liable for defaming Depp. After reaching this verdict, the jury awarded $10 million to Depp in compensatory damages and $5 million in punitive damages, which the judge lowered to $350,000 due to the state of Virginia’s cap.

Heard, who filed a $100 million countersuit against Johnny, was awarded $2 million in compensatory damages.