HomeEntertainmentKapil Sharma got heavy for teasing Archana Puran Singh, got a befitting...

Kapil Sharma got heavy for teasing Archana Puran Singh, got a befitting reply 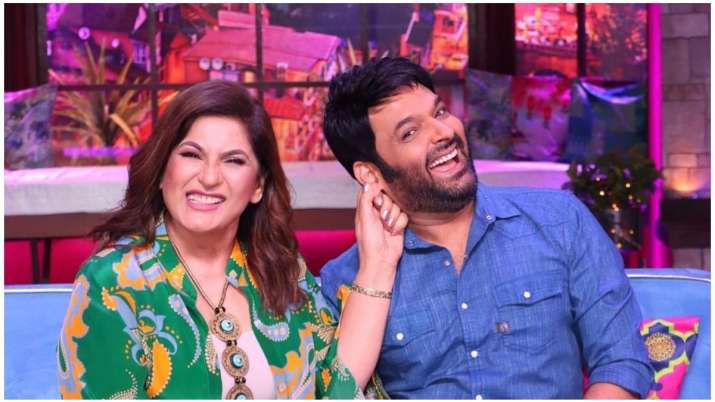 Kapil Sharma and Archana Puran Singh never shy away from pulling each other’s legs, Kapil often makes fun of Archana in his show The Kapil Sharma Show, although the latter apologizes to her. Recently something happened that Kapil was pulling Archana’s leg but Archana also gave him a funny answer. In fact, the entire team of the comedy show ‘The Kapil Sharma Show’ to be aired on Sony TV will soon leave for America. Referring to America tour, the host of the show Kapil Sharma pulls Archana Puran Singh’s leg and says that his entire team is going to US without Archana. Responding to Kapil’s question, Archana replied that I will take the ticket for my own money. I don’t need to go through the cost of the producer or sponsor.

On this Kapil asked, so are you sitting in this show by investing your own money? On this, Archana said that she earns from the show and then spends money to travel. Guru Randhawa, Honey Singh and Divya Khosla Kumar will be seen as special guests in the recent episodes.

Meanwhile, Archana is going to be seen as a judge in the reality show ‘India’s Laughter Champion’ along with Shekhar Kapur.

Happy Birthday Karan Johar: Karan Johar, who turned 50, has acted in these films with the direction

Many people wished Karan Johar a birthday, but Malaika’s style is going viral

‘Dayaben’ Disha Vakani became a mother for the second time, the news was coming back in ‘Taarak Mehta Ka Ooltah Chashmah’