HomeEntertainmentJohnny Depp wins defamation case against ex-wife, Amber Heard will have to... 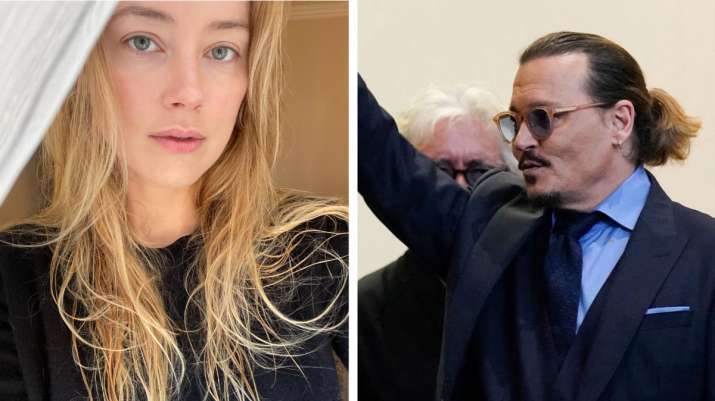 Johnny Depp-Amber Heard defamation caseHollywood star Johnny Depp on Wednesday won the months-long high-profile defamation case between him and his ex-wife Amber Heard. The jury began deliberating on the matter last Friday. Depp sued his ex-wife Heard for US$50 million in 2018 after writing an op-ed for The Washington Post in which he called himself a “public figure suffering domestic abuse”. said.

Heard sued Depp for US$100 million claiming he had endured domestic violence during their 15-month marriage. The jury has awarded US$15 million in damages to Johnny Depp. Amber Heard has also won her defamation case against Johnny Depp over articles in a privately owned newspaper in which Johnny Depp’s former attorney described his claims of domestic abuse as a hoax. The jury has awarded $2 million in damages to Amber Heard.

Soon after the decision was revealed, Johnny Depp officially released a statement on his Instagram account that read, “Six years ago, my life, my children’s lives, the lives of those closest to me and the lives of people also. Those who supported and believed in me for many years have changed forever. Everything in the blink of an eye.”

Depp went on to write- “Through the media I was charged with false, very serious and criminal charges, triggering an endless stream of hate material. It had already circulated around the world twice within nanoseconds and left my life and my life.” It had a seismic effect on my career. And six years later, the jury gave me my life back. I’m really humbled,”

Depp noted, “I am overwhelmed by the love and the immense support and kindness from around the world. I hope that my quest to tell the truth has helped others, men or women, who found themselves in my situation, and their Supporters never give up. I want to acknowledge the noble deed of the judge, the jurors, court staff and sheriffs who have sacrificed their time to get to this point, and my hardworking and unwavering legal team who have put forth the truth. Have done an extraordinary job helping me share.”

Hurd, on the other hand, expressed disappointment at the decision. She wrote a note on Twitter, which read, “The despair I feel today is beyond words. I am saddened that the mountain of evidence is still of my ex-husband’s disproportionate power, influence and sway. It wasn’t enough to cope. I’m even more disappointed at what this decision means to other women. It’s a shock. It sets back a time when a woman who spoke up and was publicly shamed and can be humiliated. It sets back the idea that violence against women should be taken seriously.”

After several years of dating, Depp and Heard married in 2015 in a very private ceremony at their home in Los Angeles. On 23 May 2016, Heard filed for divorce from Depp. He alleged that Depp physically abused her during their relationship, adding that it was usually under the influence of drugs or alcohol.