HomeAutoIs the electric version of the Tata Safari coming soon, what is...

Is the electric version of the Tata Safari coming soon, what is the secret of the green number plate on it? – News 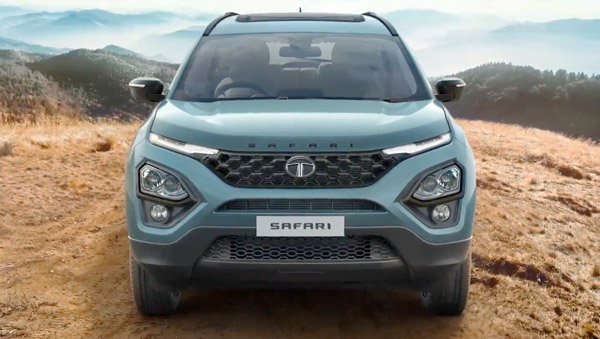 Let us tell you that green number plates are used for electric vehicles. Now where this car has been seen with a green number plate, it is likely that it is an EV. Now the question has arisen here, what is the company doing.

So let us make you aware of the reality of this car. In fact, the Tata Safari pictured with the green number plate is not the company’s test mule as it has the registration number and as per the RTO records it is a purchased private car.

This SUV is a BS-VI XZA+ model with the regular 2-litre diesel engine. However, the problem is with the color of the number plate. Now the question arises that if it is a regular safari, why is it not fitted with regular white and black number plates.

But, the SUV green color plate also looks completely legal as this plate meets all the rules of the RTO. We believe the car will indeed sport an electric powertrain, but the question remains as to who converted it from an IC car to an EV.

Let us tell you that there are many after market manufacturers in the market, who can install electric powertrain on normal cars through customization. So this Tata Safari would have been converted into an EV and later endorsed by the RTO with green number plates.

But still there is a possibility that the company is running this secret project. As the company has achieved a never-before-seen success for electric vehicles with the Tata Nexon EV, who can say that the company can hold back from doing this experiment.

After all, many manufacturers like Mahindra are after EVs from Tata Motors and it is imperative to focus on emerging technology. 5 electric SUVs – Mahindra XUV400, Skoda Enyaq iV, Volkswagen ID.4, BYD Atto 3, and Citroen C3 EV could be launched next year.

Apart from all this, Ola Electric is also launching its first electric car next year. Hence, Tata cannot rest on its laurels over the years since the launch of the Nexon EV. The company has revealed the Curvv and Avinya EV concepts, but they will not be launched before 2024.