HomeSportsIPL 2022 KKR vs RR: When, where and how to watch Kolkata...

IPL 2022 KKR vs RR: When, where and how to watch Kolkata and Rajasthan match live streaming

Kolkata Knight Riders (KKR) and Rajasthan Royals (RR) are facing each other in the 47th match of the Indian Premier League (IPL) 2022. This will be the 10th match of this season for both the teams. Earlier, KKR has lost 6 out of 9 matches and won three. On the other hand, Rajasthan has won 6 out of 9 matches and lost in three. Shreyas Iyer-led Kolkata will enter this match after losing the last 5 matches consecutively, while Rajasthan has also come after losing to Mumbai in the last match.

In the points table, Rajasthan are at the third position with 12 points after 6 wins. On the other hand Kolkata team is at 8th position with 6 points after 6 losses and 3 wins. If Rajasthan wins in today’s match, it will overtake Lucknow Super Giants to reach the second position in the points table. On the other hand, if Kolkata comes back on the track of winning after breaking its consecutive losing streak, then it can overtake Punjab with 8 points and come to 7th place.

Let us now know some important information related to the match played between these two teams:- 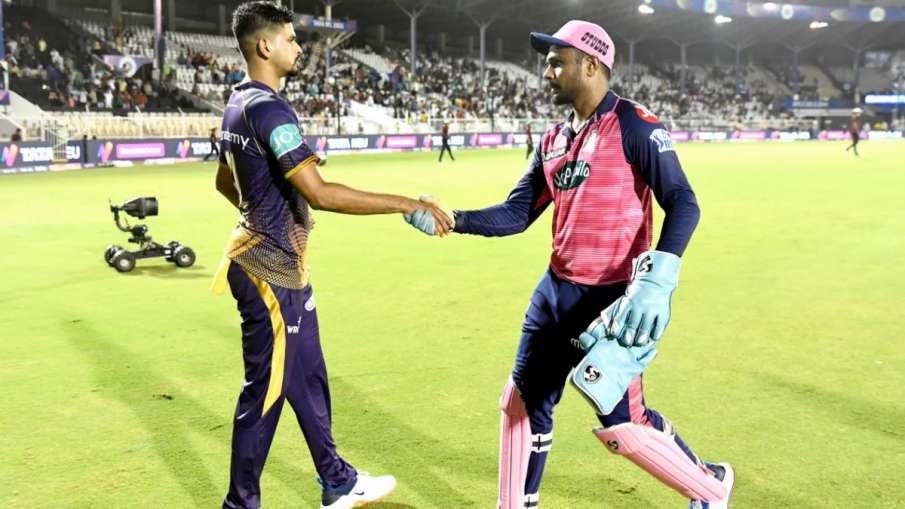 Both KKR and Rajasthan teams have come after losing the previous match and in such a situation, both will try to win.

Where will the match between Kolkata and Rajasthan be played?

The 47th match of IPL 2022 between Kolkata and Rajasthan will be played on May 2 at the Wankhede Stadium in Mumbai.

When will the match between Kolkata and Rajasthan start?

The live action of this match will start at 7.30 pm Indian time on May 2, while the match will be tossed at 7 pm.

IPL 2022 KKR vs RR, Match 47 Preview: Challenge of getting back on track for Kolkata in front of strong Rajasthan

Where can you watch the live telecast of the match between Kolkata and Rajasthan?

Where can you watch the live streaming of the match between Kolkata and Rajasthan?

Live streaming of the match between Kolkata and Rajasthan can be seen on Disney + Hotstar, Jio TV, and, Airtel TV.

Apart from this, you will also get important information related to all the matches of IPL 2022 on India TV Sports.

Share
Facebook
Twitter
Pinterest
WhatsApp
Html code here! Replace this with any non empty raw html code and that's it.
Previous articleRussia’s Victory Day on May 9, Putin said – the attack in Ukraine will continue
Next articleOCEANIX Busan: The world’s ‘biggest wonder’ will be a floating city on water, 12000 people will be settled by spending 15 billion rupees
AUTO
Auto

AvtoVAZ cannot start production: an order has been signed for the next (fourth) downtime – News

When will the Kia Seltos Facelift launch in India, what’s special in the updated avatar, know the details – News

Skoda Kodiaq, Karoq and Octavia will no longer be assembled in Russia. The reason is the sanctions against the GAZ group – News

The best-selling “Chinese” Chery Tiggo 7 Pro in Russia has turned into an “Italian” DR 6.0 – News

Third party vehicle insurance premium will become expensive from June 1, know what will be the new rates of premium – News

Free travel in 150 electric buses in Delhi, but on the very first day the buses got damaged on the middle of the road...

Price leaked ahead of Vivo T2 launch! Can knock on 6th June – News

A plan of Jio became a headache for Airtel-Voda! Unlimited Calls, Data will be available in 155 – News

Spyware: Beware! This dangerous spyware is spying on Android users, Google has issued an alert – News

NASA’s InSight lander sent its ‘last selfie’ from Mars, know what will happen to the mission – News