HomeSportsIPL 2022: 'If Dhoni had to leave the captaincy, then why not...

IPL 2022: ‘If Dhoni had to leave the captaincy, then why not make a team according to Jadeja?’

All is not looking well for the four-time champion Chennai Super Kings (CSK) in IPL 2022. MS Dhoni, who won the team the title four times before the season, had decided to step down from the captaincy. After this Ravindra Jadeja became the captain of the team. Then after 6 losses in 8 matches, the franchise released a statement that, Jadeja has handed back the captaincy to Dhoni. In such a situation, the entire matter has been questioned by former India and CSK all-rounder Irfan Pathan.

As far as it has been decided before the season itself that Ravindra Jadeja has to be made the captain of the team and MS Dhoni will step down. In retention too, Jadeja was first with 16 crores and Dhoni was second with 12 crores. After the match against Sunrisers Hyderabad, Dhoni also said that, Jadeja knew from last season that he was going to be the captain. On this, Irfan said if Dhoni had to leave the captaincy, then why was the team not made according to Jadeja in the auction?

Irfan said while talking on a YouTube channel, “Absolutely I was surprised by this decision of CSK. They made Jadeja captain two days before the start of IPL this year. But if Dhoni had made up his mind to leave the captaincy So Jadeja should have been included in the mega auction. Whereas if Dhoni took this decision in the last moments, then it means Jadeja was not involved in the auction.

IPL 2022: MS Dhoni himself told the reason for leaving the captaincy of Ravindra Jadeja, this decision was taken last season itself!

Irfan further said, “Chennai Super Kings has always been the best franchise. Here all players are given equal status. But this decision surprised me. You retained Jadeja at the top and he was your first choice. Even though he himself has decided to step down from the captaincy, he should have talked to the franchise. Ruturaj also did not play well in some matches, he too was backed by the team management. 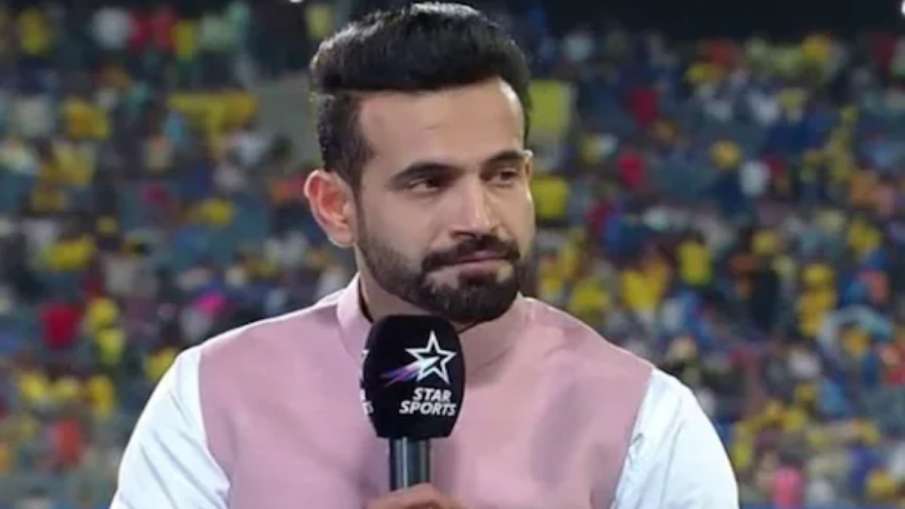 Irfan Pathan has questioned this decision of CSK

The former India all-rounder finally said, “Ravindra Jadeja should have continued the captaincy. Do you know if 2-3 wins would have boosted his confidence. Right now I am looking forward to seeing Jadeja as a player this season. To see.” That’s what he does after leaving the captaincy.” It was clear from his statement that he wanted to see Jadeja as the captain. Also, if the franchise had to make Jadeja the captain, then the team should have been made according to him.

It is worth noting that after playing the first match as captain this season, Dhoni also gave a statement on Jadeja’s captaincy. He had said that, this was affecting his game. At the same time, Dhoni also said that he knew only in the last season that he would become the captain. Dhoni also said that, in the first two matches, I took decisions and then asked Jadeja to take decisions. But this experience of Jadeja, who captained for the first time, was not good and he had to face defeat in 6 out of 8 matches.

Share
Facebook
Twitter
Pinterest
WhatsApp
Html code here! Replace this with any non empty raw html code and that's it.
Previous articleKili Paul: India’s national anthem sung in Tanzania, PM Modi is also a fan… Deadly attack on Kylie Paul, who loves Bollywood
Next articleWorld Asthma Day: 5 warnings are available before asthma attack, do these 4 things at the same time, the risk of life will be less
AUTO
Auto

The new TVS iQube electric scooter will be launched on May 18, will have a range of 123 km! – News

Hyundai Santro is about to end, the company is going to stop its production, know what is the reason – News

These are the cheapest bikes from 150cc to 160cc, great mileage with low price – News

Brochure of Kia EV6 electric car with 528 km range leaked, will be launched with these specifications – News

These smartphones will be covered as soon as they are launched, including Vivo X80 Series, these phones will make a bang entry in May...

It has been a roller coaster ride: Shilpa Shetty Kundra on 30 years in films