HomeSportsIPL 2022: Bad news for Sunrisers Hyderabad, then the star player of...

IPL 2022: Bad news for Sunrisers Hyderabad, then the star player of the team got injured

Sunrisers Hyderabad (SRH) head coach Tom Moody has revealed that Washington Sundar has re-injured the hand he bowls with. He said, for this reason, he could not bowl in the Indian Premier League (IPL) match against Chennai Super Kings. It is noteworthy that Washington made a comeback against Gujarat Titans after being out for three matches due to injury to his bowling arm.

He again injured the same hand while fielding against Chennai on Sunday. Due to this, his playing in the next match against Delhi Capitals is also considered suspicious. At the same time, due to the same injury, this off-spinner could not bowl during Sunrisers’ 13-run defeat at the hands of Chennai. He came to bat lower down the order but could only face two balls and was clean bowled by Mukesh Chaudhary.

Hyderabad head coach Tom Moody told reporters after the match, “It is unfortunate that he has suffered an injury to the same arm that was hit earlier. Earlier the injury was completely healed but that limb has been injured again. However, it does not require stitches. But unfortunately he was not in a position to bowl. It really affected our bowling as he is an important bowler for us. 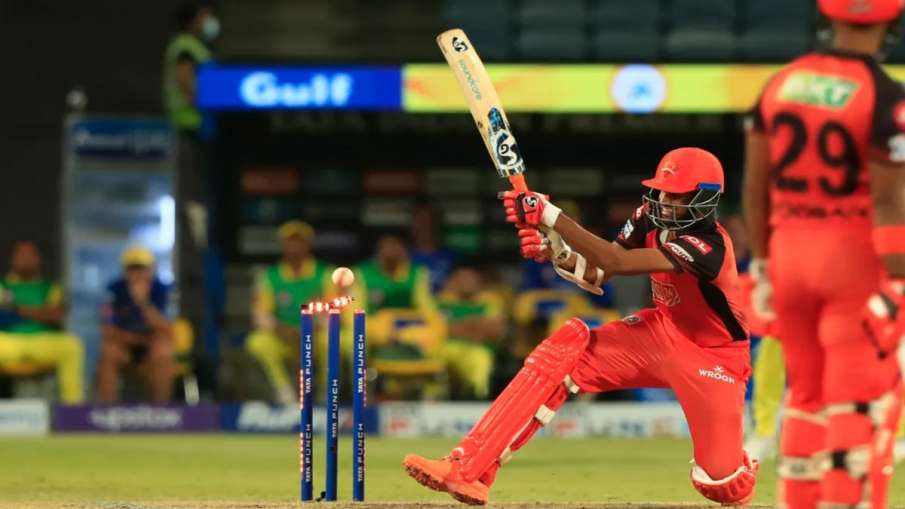 Despite the injury against Chennai, Sundar came out to bat and was clean bowled for 2 runs.

Fast bowler T Natarajan was also out midway during the match against Chennai due to injury. This left Kane Williamson as the fifth bowler to hand over the ball to Aiden Markram and Shashank Singh, who together bowled four overs and conceded 46 runs in them. Moody said, “When you lose your main bowler, it is a big blow to the team. Natarajan was also out of the field for some time due to injury. Thus, till the 14th-15th over, there were seven overs that our leading bowlers did not do. Due to this we lost 20-30 runs more.

In this match, both Chennai Super Kings openers Ruturaj Gaikwad (99) and Devon Conway (85 not out) shared a record partnership of 182 runs. Due to which the team scored 202 runs for 2 wickets while playing first. Chasing a target of 203 runs, Sunrisers team could score 189 runs and lost the match by 13 runs. This was Hyderabad’s fourth defeat in the 9th match. In the points table, the team remains at the fourth position with 10 points.

Share
Facebook
Twitter
Pinterest
WhatsApp
Html code here! Replace this with any non empty raw html code and that's it.
Previous articleKorean Age: In South Korea, the President made a strange promise to reduce the age of the public, know how a country will be ‘1 year’ young
Next articleLa Liga: Barcelona see off Mallorca 2-1 to reclaim second spot
AUTO
Auto

This mini electric car runs on sunlight, no license is needed to drive – News

The new Duster will be released under the Lada brand: AvtoVAZ has received such an opportunity – News

About 50 thousand electric two wheelers were sold in India in the month of April, Ola at number one – News

Vivo’s new Smartphone is coming to shoot arrows at hearts! Fans created panic after seeing the design and features – News

You will like to buy Redmi Note 11S smartphone getting so cheap, it is impossible to get such offer twice – News

Samsung’s latest 5G Smartphone made a splash as soon as it came on sale! Seeing this, ‘Garden-Garden’ became the heart of the fans –...

Potential buyers of entry level cars are avoiding the purchase of ‘dream car’, know why this happened – News

Have a look at the Hyundai Creta Knight Edition? So the company has released its TVC – News

Keep WhatsApp private chats like this secret! No one will be able to snoop even if they want – News

Samsung abandoned the idea of ​​​​producing its own electric vehicles – News

Nushrratt Bharuccha Birthday: Early films flopped in acting career of 20 years, but today she is one of Bollywood’s top actresses

Bharti Singh got into trouble by making fun of beard and mustache, even after apologizing, a case was filed against the comedian

Rakhi Sawant made new boyfriend, know who is she who gifted BMW as soon as the relationship started