HomegooglenewsInfosys CEO Salil Parekh gets 88% jump in salary to Rs 79.75... 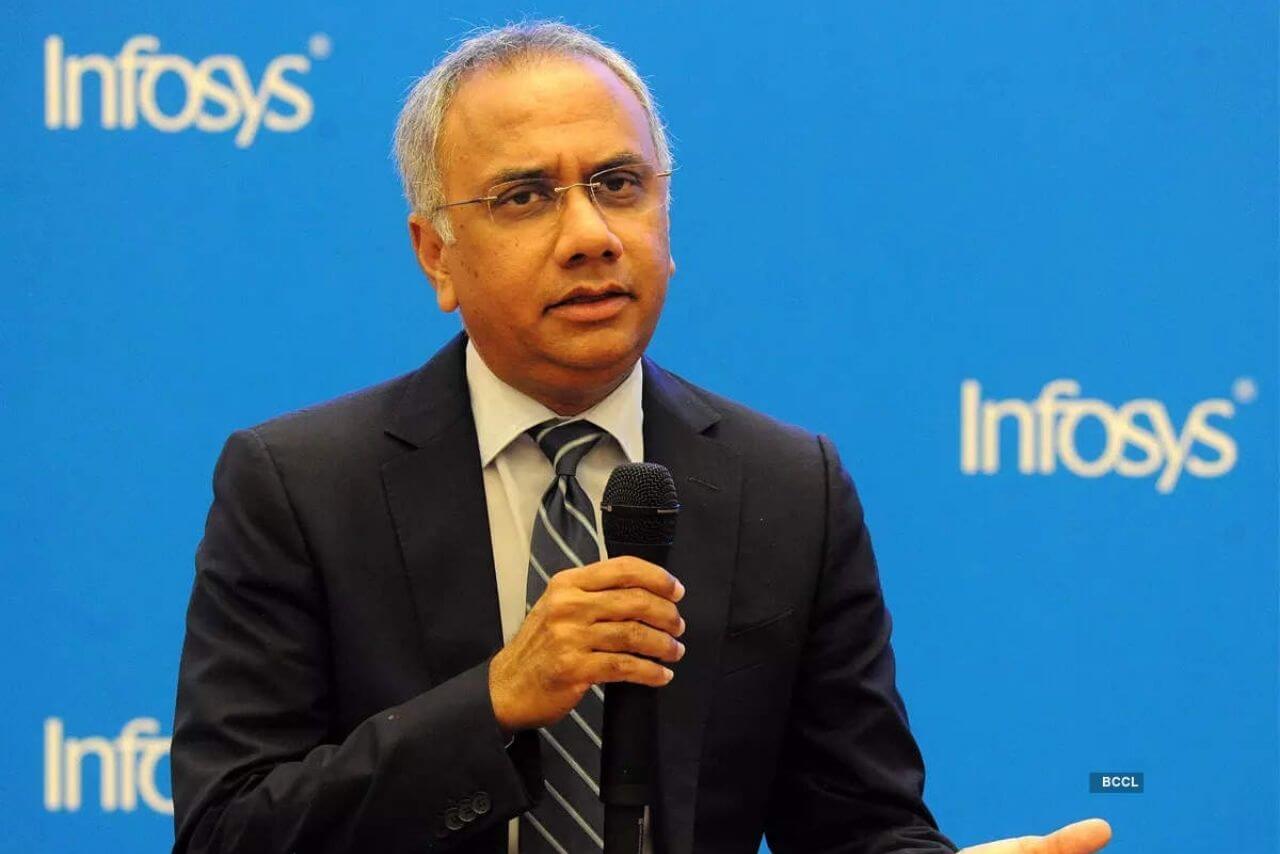 Infosys CEO Salil Parekh has got a massive 88 per cent jump in annual remuneration to Rs 79.75 crore, making him one of the highest-paid executives in the country.

The software services firm has sought shareholders’ approval for the reappointment of Parekh as chief executive officer and managing director for a second five-year term beginning July 1.

According to the company’s annual report released on Thursday, Parekh, 58, took home a salary of Rs 71.02 crore in the fiscal year ended March 31, 2022. This included Rs 52.33 crore from exercising RSUs (Restricted Stock Units) granted to him earlier.

Infosys co-founder and chairman Nandan Nilekani voluntarily chose not to receive any remuneration for his services rendered to the company.

In the shareholder notice, the firm justified the fat hike citing industry-leading growth in recent years.

“Salil’s proposed total target remuneration vis–vis the remuneration most recently paid to CEOs of the peers (based on publicly available information as analyzed by the company’s external advisors Egon Zehnder) would be around the median,” it said.

He will get Rs 34.75 crore as a performance equity grant, up from Rs 13 crore. Variable cash compensation has also been increased from Rs 9.75 crore to Rs 17 crore. The rest of the remuneration are in form of RSUs.

“The company’s compensation philosophy is to ensure alignment of executive compensation with shareholder value. Accordingly, almost 97 per cent of the increase in Salil’s proposed annual remuneration is linked to performance,” Infosys said.

Under the revised remuneration, Salil’s fixed compensation (fixed pay and time-based RSUs) shall constitute less than 15 per cent of this total compensation at target (compared to 23 per cent under his current terms).

“Additionally, 70 per cent of Salil’s performance-based compensation is given in the form of RSU or PSU grants, and therefore is predicated on the performance of the company’s share price,” it said.

He will be granted 2.21 lakh PSUs (Rs 34.75 crore) for the fiscal 2023 performance, which is a similar number to the 2.17 lakh (adjusted for bonus shares) PSUs (Rs 13 crore) that was granted in his first year of appointment.

The hike announcement comes days after Infosys reappointed Parekh as managing director and CEO for five more years. He was first appointed CEO on January 2, 2018.

Co-founder NR Narayana Murthy had some years back voiced concern over giving huge salaries to just the CEOs and had suggested a ratio of 20 to 25 between the lowest and highest salary.

Infosys said that any comparison of CEO salary to the median remuneration should be seen in the context of the company’s strong performance and stock price growth. Key factors considered included total shareholder return, rise in market cap and growth.

“Salil is the CEO of Infosys, a globally listed entity, and has demonstrated successful business and overall performance since his appointment,” it said. “The company competes with global peers, particularly in North America and Europe, with almost 87 per cent of the company’s revenue coming from these geographies, and therefore, Salil’s remuneration has to be determined keeping in view international benchmarks.” Infosys said the key factors that were considered for the reappointment included the company’s total shareholder return rising 314 per cent under his leadership.

“The company’s market capitalization increased during his tenure by Rs 5,77,000 crore (USD 69 billion). In comparison, during the preceding four-year period, prior to the appointment of Salil, the company’s TSR (Total Shareholder Return) was 30 per cent as compared to the peers’ median TSR of 47 per cent.” The revenue growth of the company under his leadership has accelerated and grown from Rs 70,522 crore (fiscal 2018) to Rs 1,21,641 crore (fiscal 2022) and the profits have also increased from Rs 16,029 crore to Rs 22,110 crore.

“These results were delivered under the Navigating your Next strategy, led by Salil, comprising scaling digital revenue, accelerating the core, localization and reskilling, which has resulted in an increased market share in a highly competitive environment,” it added. PTI ANZ HVA