HomeAutoIndia's stature in the automobile sector will increase, Hyundai Motor is building...

India’s stature in the automobile sector will increase, Hyundai Motor is building a test track at a cost of Rs 1,400 – News 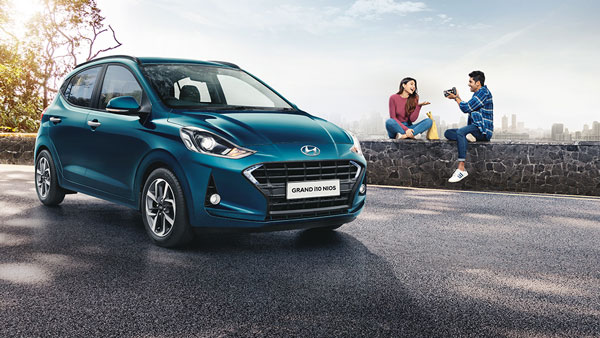 In the ongoing economic meeting in Davos, Switzerland, Hyundai Motor Chairman Yangzhou Si and Telangana’s Industries and Information Technology Minister K.D. Rama Rao signed the project. Praising Hyundai, the Minister said that with the opening of this testing track, India’s automobile market will progress further. He said that this is the first project of its kind in the state to be built with the help of Telangana government.

Developed by NATRAX, this test track is 11.3 km long and can be tested by driving vehicles at a speed of 375 km/h. Korean carmaker Hyundai is preparing to launch the new generation Tucson SUV in India. Recently the company has updated the new Tucson on its Indian website. The new generation Hyundai Tucson will be equipped with refreshed styling and design with many new features and updated technology.

Talking about the design of the new Tucson, it will get a redesigned front grille, integrated LED headlight, re-designed front bumper, blacked out B and C pillars, and new style LED taillight. Apart from this, Hyundai badging in the rear windshield of the car, 18-inch dual tone alloy wheels and many new updates have been given.

The interiors of the new Tucson have been given a completely new look. The cabin gets an updated four-spoke flat-bottom steering wheel, full digital instrument cluster, 10.25-inch large touchscreen infotainment display and premium upholstery. After all these updates, now the Hyundai Tucson has become more advanced and full of features than before.

Coming to the engine, the new generation Tucson will be powered by the 2.0-litre petrol and diesel engines of the current model. Both the engines will be offered with automatic and manual transmission options.

Let us tell you that the Hyundai Tucson is the company’s best-selling model in the global market. Since its launch in 2004, the company has sold over 7 million units. The all-new Hyundai Tucson was launched in the US last year and is now slowly getting ready to be launched in other markets as well.