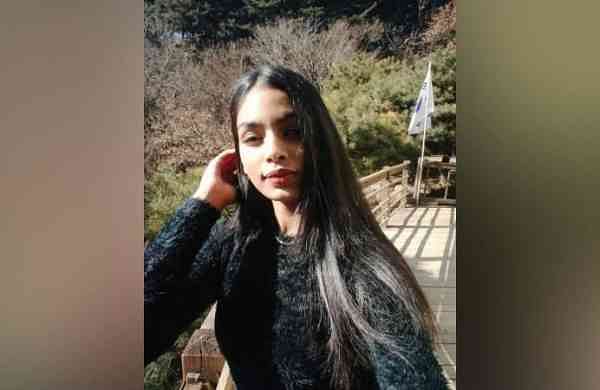 BHUBANESHWAR: After months of arduous training and auditions, 18-year-old Sriya Lenka has made history by becoming the fifth member of the popular South Korean band Blackswan, a dream come true feeling that the young artist describes as “priceless.”

Lenka, who hails from the steel city of Rourkela in the Sundargarh district of western Odisha, was selected for the band last week alongside Gabriela Dalcin from Brazil.

They both will join original band members Youngheun, Fatou, Judy and Leia. “I never imagined that my dream would come true so soon. It was so precious to be selected because that moment changed the course of my life. I feel so proud and honored to represent my country on such a big global platform,” Lenka told PTI in a Zoom interview from Seoul.

Lenka and Dalcin were selected for the band after participating in a six-month-long global audition process, which was announced by DR Music last year after band member Hyeme left the girl group.

The duo never expected that they would get to be in the band together as there was only one spot initially. “At first, we only knew that it was only one spot, so we needed to work really hard,” Lenka said.

She acknowledged that it was hard to compete with Dalcin as they became best friends. “We live together, we eat together and we practice together. She is like my family member because we only had each other at that time.”

A trained dancer, Lenka was introduced to K-pop by a friend a few years ago and found herself getting intrigued by the choreography in the music videos. She was instantly hooked to K-pop’s “unique style” of singing and dancing.

In 2020, when she saw K-pop record labels open online auditions due to the Covid-19 pandemic, she decided to give it a shot.

“But I never imagined I would make it so big. Never expected that so many celebrities will post about me, I’ll become the most searched on Google in 24 hours and get covered by so many media organisations,” the young artist said.

Lenka and Dalcin’s training started in December in Seoul, but staying away from friends and family in a different culture was not easy initially. A lot has changed in the months that followed.

She now considers Gimbap, which is made of rice, vegetables and meat, rolled into a dried seaweed sheet, among her favorite dishes. Lenka is also struck by the K-drama fever and counts “Mr Queen”, a time-traveling historical drama, as one of her favorite shows.

Becoming a K-pop member entails long training in every aspect and Lenka had to learn the Korean language, dance, sing, rap and develop strong core strengths.

The singer said all this could only be possible because of the support of her family and her father, who was the first one to teach her acrobatics and dance.

“He always used to tell me about my mistakes. He supported me a lot,” she said, adding that she misses her family and hopes to meet them soon.” “My father always said that believe in your dreams and yourself because even if there are bad times, good times will come for sure,” Lenka said.