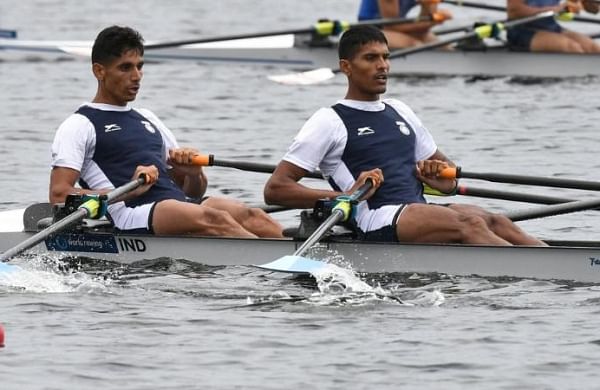 CHENNAI: Indian rowers will have a busy schedule ahead as they will compete in two back-to-back international events. To begin with, 17 male rowers will take part in the 2022 World Rowing Cup I slated from May 27 to 29 in Belgrade, Serbia. The male participants will then be joined by female and para rowers for the 2022 World Rowing Cup II scheduled from June 17 to 19 in Poznan, Poland.

Presently, the male rowers are camping in Bhopal while their female counterparts are in a camp going on in Hyderabad. It is learn that the rowers were selected on the basis of their performances at the ongoing camps. The men’s squad will fly out of the country on May 23 to compete in the Serbian event. The Indian contingent for the event also includes five coaches and support staff apart from two officials. The team comprises Arvind Singh and Arjun Lal Jat, who represented the country at the 2020 Tokyo Olympics last year. Jakar Khan, who missed the Olympic cut, will also take part in the competition, which is the first event of the 2022 World Cup Series.

As far as women’s participation in the first event is concerned, the Rowing Federation of India (RFI) president Rajlaxmi Singh Deo informed that the coaches decided to skip the competition. “Their (female rowers) training schedule was designed keeping in view the second event in Poland, which is why the coaches decided to give the Serbian event a miss. They will be better prepared for the second competition,” she said.

The third and last event of the series is scheduled in Lucerne, Switzerland from July 8 to 10. However, the Indian teams will not compete in it. “These exposure trips were planned with an eye on the 2022 Asian Games. As the third event was close to the Asiad, we had decided to skip it,” added the RFI president.

Upon returning, the rowers will be given a break from the national camps, which will resume in August. However, on resumption, the men’s camp will be shifted to Pune while the women’s camp will continue in Hyderabad.