HomeSportsIndian hockey team will bounce back after reverses against Belgium: Sonika

Indian hockey team will bounce back after reverses against Belgium: Sonika 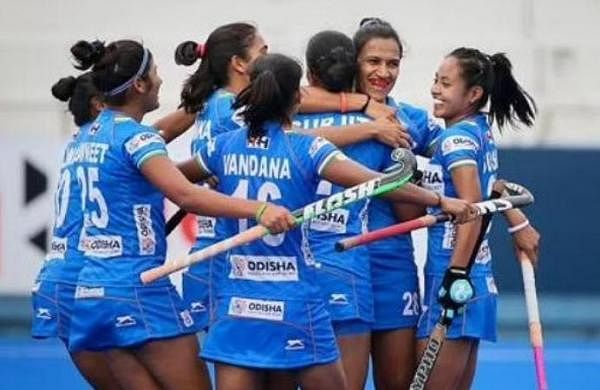 ROTTERDAM: After losing the double-header against Belgium in FIH Women’s Hockey Pro League 2021/22, Indian women’s hockey team midfielder Sonika is hopeful the team will bounce back in the upcoming games against Argentina, set to be played on June 18 and 19 here .

India lost the first game against Belgium by 1-2, and then went down 0-5 in the second game.

“We have been training hard after the matches against Belgium. Those two games were a learning experience for us and we have worked on our strategies for the upcoming matches against Argentina, accordingly. We are hopeful we will bounce back and give a good performance, Sonika said.

Sonika also went on to recall how she began developing an interest in the sport when she was just nine years old. A visit from a veteran hockey coach at her school in Hisar, Haryana, sparked a desire in young Sonika to pursue the sport. “It was the first time I had seen someone wearing the Indian tracksuit. I wanted to wear the same and represent my country on the biggest platforms,” ​​Sonika said.

Sonika’s coach advised her to work hard to fulfill her dreams. From then on, she became focused and started training rigorously every day. Her father, who was a volleyball player, gave her full support to pursue the sport. Her mother, too, shunned neighbors who questioned her for pushing her young daughter towards sports.

“I was quite a naughty kid. My parents thought the sports will bring discipline into me, so they never refused to let me go for training,” Sonika said.

In 2011, Sonika participated in her first rural Nationals for Haryana in Ranchi. She then went on to become a part of the Senior Nationals team that won the gold medal in 2013. In 2014 New Zealand Test series, Sonika went on to make her debut for India junior women’s national team, before leading the side as captain in Spain in the Five-Nations tournament.

Sonika was selected at the senior women’s national camp in 2016 and made her senior debut at Hawke’s Bay Cup in New Zealand. She was also part of the Indian Women’s Senior Team that won the Gold medal at the Women’s Asia Cup in 2017. In 2020, after the New Zealand tour in January, Sonika decided to take a break from the sport and the National camp, during the Covid-19 lockdown, to spend time with her family.

“I wanted to be with my family amid the lockdown. I was finding it hard to focus on the sport. I am thankful to my parents, teammates who supported me at that time,” she said.

In 2021, Sonika returned to hockey with the senior nationals. “The nationals gave me a platform to showcase my talent once again, and gave me a chance to bounce back. I feel grateful that I am back on the field again. I am thankful to everyone who stuck by me during that time.”

Now, with the FIH Women’s Hockey World Cup 2022 on the horizon, Sonika is hopeful that India will be able to attain a podium finish this year. “We have been working really hard and we are in the camp for almost a year. We want to have a podium finish as it will be the ultimate reward to all of our hard work,” she signed off.

Share
Facebook
Twitter
Pinterest
WhatsApp
Html code here! Replace this with any non empty raw html code and that's it.
Previous articleNew pictures of AR Rahman’s daughter and son-in-law surfaced, fans are praising
Next articleThere was a spurt in exports in the month of May too, increased by 20.55 percent to $ 38.94 billion – News
AUTO
Auto