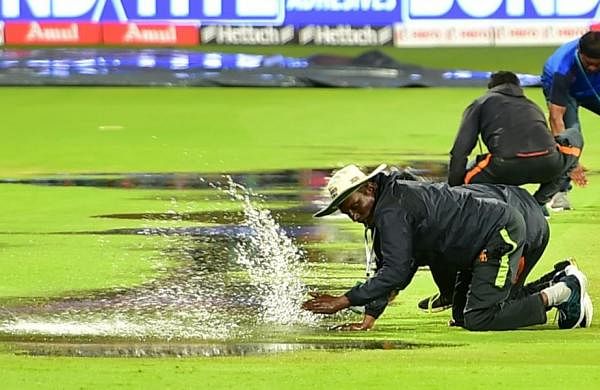 After being put into bat, a steady downpour delayed the game by 50 minutes. It started raining just when the game was about to start. The curtailed match did start at 7:50 pm but was called off after only 16 minutes of play in which India managed 28 runs for the loss of two wickets.

Lungi Ngidi got both the wickets of Ishan Kishan and Ruturaj Gaikwad with a couple of slower deliveries. Kishan hit two sixes off Kehsav Maharaj’s opening over but was undone by a loopy slower delivery from Ngidi as he committed to the shot early and played all over it.

Gaikwad also failed to pick up a slower delivery and was holed out at mid-on before the heavens opened up again to stop the series decider.