HomeSportsImportant to hold elections at earliest, I will request FIFA president to...

Important to hold elections at earliest, I will request FIFA president to give India 2-3 months’ time: Praful Patel 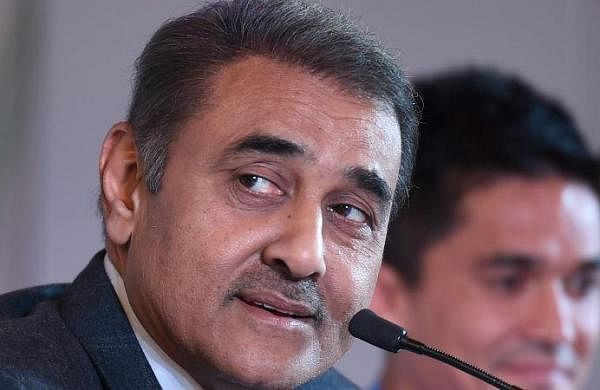 NEW DELHI: Praful Patel, who was removed from the office of president of All India Football Federation (AIFF) by the Supreme Court, said he will call FIFA boss Gianni Infantino on Monday and request him to not ban the country and give two months’ time to conduct elections.

A joint team from FIFA and AFC is set to visit India to “understand the current situation” in the aftermath of the SC order to constitute a Committee of Administrators (CoA) to run the AIFF’s day-to-day affairs.

Besides urging Infantino, Patel, who sits in the all-powerful FIFA council, will also speak to Fatma Samoura, the secretary general of the world football governing body.

Patel said holding elections at the earliest is critical.

“I will speak to FIFA and tell them whatever happens, if elections take place in two months please give a bit of a leeway to India,” Patel said on Sunday.

“Our sport will not suffer that way. This will be my personal pinch, how much it works, how much it doesn’t…because every individual in FIFA council member cannot decide everything,” he said.

“I will speak tomorrow. I will even call up president Infantino and also speak to Fatma Samoura and tell them please try to give India two months to hold elections and lets us continue with the game.”

He said he will also try to tell the CoA that there could be a difficult situation so “please try to conduct the elections.”

“So, pressure should be there to conduct elections at the earliest, otherwise Indian football will suffer.”

During an interaction with PTI, Patel also rejected the charge form some quarters that he deliberately held on to the president’s post.

“Who would I have given the charge to if I had left in December 2020. Also, having elections as per old constitution would have been a contempt of court,” Patel said.

On May 18, the Supreme Court appointed a three-member CoA headed by former top court judge AR Dave to manage the affairs of the AIFF and frame a constitution in line with the National Sports Code and model guidelines.

The bench said the CoA will prepare electoral rolls for the purpose of conducting elections to the executive committee of AIFF as per the constitution to be submitted by the two-member committee (ombudsman) of Qureshi and Ganguly.

Patel said he has regrets with manner in which he had to leave, having served as the president of AIFF since 2008.

“Yes, it is a regret. I would have hoped for elections and a nice transition. The regret is not about not being able to continue. The regret will be, if at all if there is a situation tomorrow (stopping of football activity) “

Patel said he will be there to assist as and when he is required.

When the discussion turned to the possibility of a FIFA ban, he said, “They ratify those decisions (actions can be taken earlier) later or they will do it by circulation.

“I will find out…My own impression is in the case of Pakistan and Kenya, I think, it only came for ratification as decisions had been taken before. I never envisaged this situation.

“My thinking was that the court would say two months, finish it before that, and we would have argued for that.”

Patel also rejected that he is responsible for the AIFF’s current situation.

“How am I responsible for the delay in the election? Please tell me. I just read out from the court order. What can I do if the order came on May 22? “I have seen far bigger things, don’t think that attending four meetings of FIFA council (is all I was looking forward to). I am a Rajya Sabha member of Parliament and I will again file my nomination.”

He also said that he will not interfere in the elections in any way.

“It doesn’t work out that way. I will be a voter, I will give advice. I will be at their service as and when I am required.”

It has been learned that the proposed constitution mentions about 25 per cent individual involvement of former players in the executive committee.

Involvement of former players is a great idea, but can they be involved individually without being part of any state association? If that does happen, can it bring a FIFA ban? “How does a player come in without a state association?” Patel asked.

The FIFA and AFC constitutions don’t have a provision for former players to sit in the executive committee in personal capacity.

Patel’s third term in office ended in December 2020 but he had clung to a SC case, which remained pending since 2017, to extend his executive committee’s term while refusing to hold elections till the issue of a new constitution was settled by the top court.