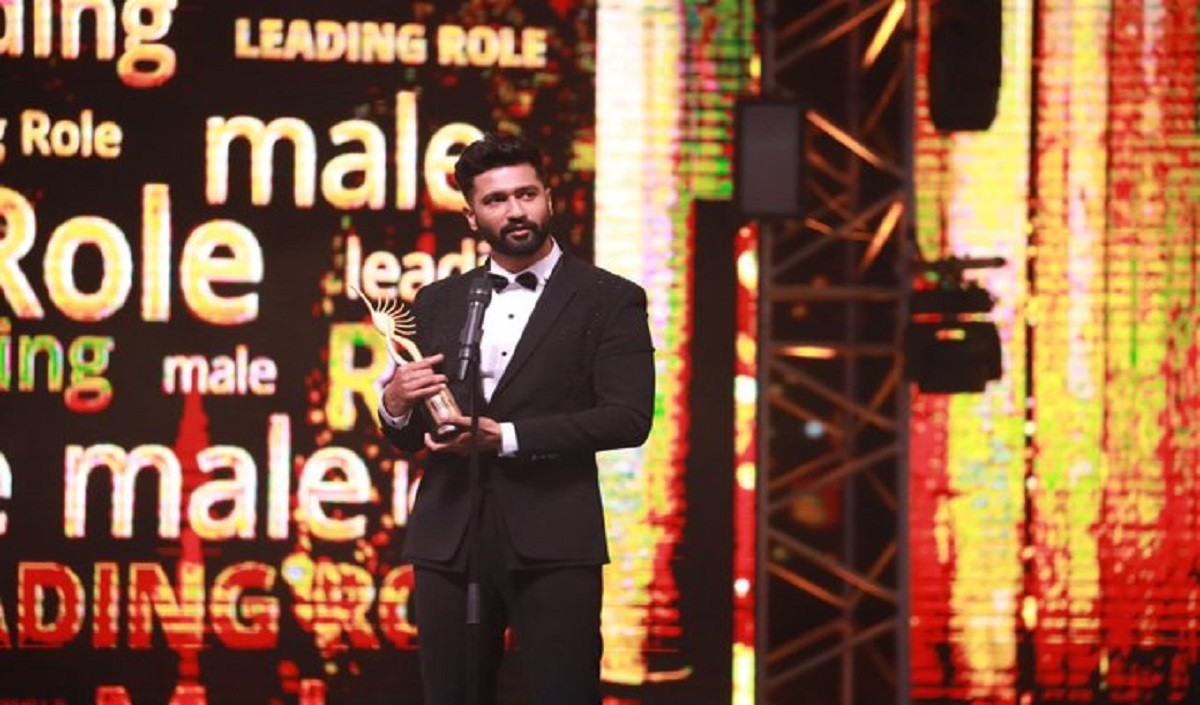 Shershah leads the top awards at the IIFA Awards. Actor Vicky Kaushal and actress Kriti Sanon received the trophy for their outstanding performances at the ceremony. The three-day festival culminated at the Etihad Arena at the Yas Bay waterfront on Yas Island in Abu Dhabi and celebrated the best Hindi films of the past two years.

Abu Dhabi. Actor Sidharth Malhotra-starrer ‘Shershaah’, which is set against the backdrop of war, topped the race for the awards at the 22nd edition of the IIFA Awards on Saturday. Actor Vicky Kaushal and actress Kriti Sanon received the trophy for their outstanding performances at the ceremony. The three-day festival culminated at the Etihad Arena at the Yas Bay waterfront on Yas Island in Abu Dhabi and celebrated the best Hindi films of the past two years. Vishnuvardhan won Best Film and Best Direction for ‘Sher Shah’ produced by Karan Johar.

Also read: Saif Ali Khan has a problem with Kareena wearing short clothes? The actress herself revealed in the interview

The film, based on the life of Kargil war hero Captain Vikram Batra, also won awards in the music category, with Jubin Nautiyal and Asees Kaur going for “Rataan Lambiya” for Best Singer and Singer. The award for Best Music Direction saw a tie between AR Rahman’s ‘Atrangi Re’ and Tanishk Bagchi, Jasleen Royal, Javed-Mohsin, Vikram Montrose, B Praak, Jani’s ‘Shershah’. Anurag Basu was awarded the Best Original Story award for his acclaimed 2020 film ‘Ludo’ and dedicated the win to the film’s editor Ajay Sharma, who passed away last year due to Covid. Kabir Khan and Sanjay Puran Singh Chauhan received the award for ’83’, a film based on India’s 1983 Cricket World Cup victory. Vicky was adjudged the best actor for his role as freedom fighter Udham Singh in ‘Sardar Udham’. In his address, Vicky thanked his family, actress wife Katrina Kaif, Shoojit Sircar and producer Ronnie Lahiri. The actor dedicated his first Best Actor award to the late Irrfan Khan, who was the original choice for the character.

Also read: Urfi Javed got hot, then in 10 minutes the dress was made from ration sack, watching the video, users said – ‘Next Level Talent’

The actor (34) said, “I want to thank all of them from the film, it is because of them that I am standing here. This is for all the bravehearts who have sacrificed their lives to make India independent. I have lived and respected throughout my life. We lost him very early – the late Irrfan sahab was the original choice for the character of Sardar Udham.” Actress Kriti Sanon was awarded the Best Actress award for her performance in ‘Mimi’. Pankaj Tripathi won the Best Supporting Actor award for ‘Ludo’. When the actor came to receive the award, fans greeted him with thunderous applause, some of whom addressed him as ‘Mirzapur’ character Kaleen Bhaiya to cheer him. Tripathi said with thunderous applause, “I don’t need to make any speech. You have already done it with this welcome.” Kausar Munir won the Best Lyrics award for the song ‘Lehre Do’ from Kabir Khan’s film ’83.

Disclaimer:Prabhasakshi has not edited this news. This news has been published from PTI-language feed.