HomeSportsIgor Stimac rues lack of push but wants to continue

Igor Stimac rues lack of push but wants to continue 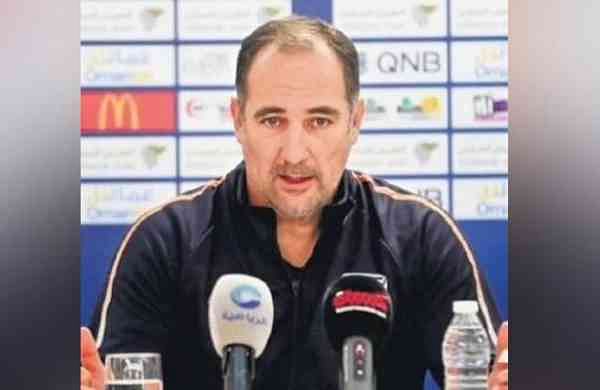 CHENNAI: Problem(s). In an open-ended interview-style hour-long conversation with a few sports journalists, it was the one word Igor Stimac kept coming back to more than once. He began the unofficial press conference — it wasn’t organized by the All India Football Federation (AIFF) or the court-appointed Committee of Administrators (CoA) running it — by stating he was ‘very happy at the end of the three years of work’. By the end of the press conference, though, it was clear that the Croat had several misgivings including not being able to speak to journalists often enough.

While some of the structural problems he aired are well documented — unable to field players of origin, duration of the season and the current league system — he also admitted to a few of the lesser-known issues that have continued to hamper the growth of the football.

While he didn’t take names, he admitted that a few of the stakeholders involved in the sport’s running weren’t doing everything in their power to improve the game’s standing. “Some of the parties involved here are concentrated on their own projects,” he said. “(…) ISL will not make India fall in love with Indian football. Only national team will do that. So everyone will have to work for that. So some things will have to change if India wants to go back to its best.”

The 54-year-old also suggested that if given the chance to redo the last three years, he might have held more discussions with the AIFF before signing the contract. “Prior to signing the contract… I would have done it differently. I expected that everyone would push more and push quicker for things to happen… throughout the last 3 years, we were not in a position to talk too much. It was better for us to concentrate on work. When I took (the) work, I was expecting far different situation, I was expecting everyone to be committed in Indian football rise.”

While he hasn’t given up hope — the defender maintains that “India has a bright future in football” — but wants to sit down with all stakeholders to express his views. “I’m thinking about decision-makers, who I love to see,” he explained. “I love to meet them. I use this opportunity to invite and sit down so I can explain where we see India and how we can get there, where India can be proud of its football.”

Over the last two weeks, India were unscathed as they emerged from their qualification group to advance to the Asian Cup in 2023.At the Asian Cup in 2023, Stimac will arguably face his biggest on-field challenges. Setting the team up to tackle some of the continent’s best teams. “I don’t fear anyone. Jordan, Qatar, Australia… we need to face them someday. I hope we get enough time to work together.

The coach also said that he has heard the CoA saying that there is enough time for the them to decide on the coach. “They don’t seem to know much. That football coaches are hired before the season in June or latest by July. Hope someone will guide them on this.” Stimac also said that the CoA should be holding the elections as early as possible so that officials associated with the football administration work on sport’s progress.