HomeAutoIf you are planning to buy an electric car, then first know...

If you are planning to buy an electric car, then first know what will be the advantages and disadvantages – News 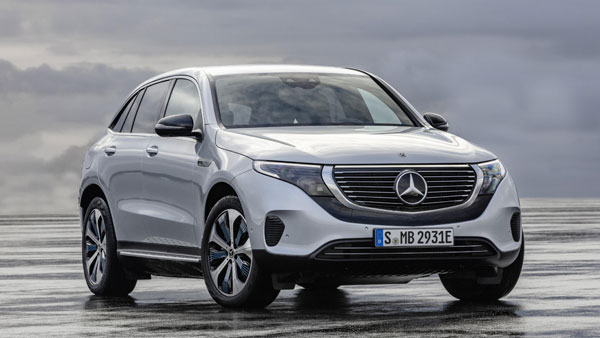 However, in the case of electric cars, there are many confusions in the minds of people regarding charging and range, due to which they are hesitant to buy an electric car. If you are also driving a petrol or diesel car and are thinking of buying an electric car in the future, then here we will tell about some of the advantages of electric cars, as well as tell you what problems you will face with electric cars. may have to. Let’s know…

Why is driving an electric car a profitable deal?

It is economical to drive an electric car

At a time when fuel prices are constantly skyrocketing, it is most economical to drive an electric car in the short and long term. If you drive a petrol car, on an average, the fuel cost per kilometer comes to Rs 9-10. Whereas in the case of an electric car, this cost is only Rs 2-2.5 per kilometer. You can save thousands of rupees on petrol every month by driving an electric car. For example, if you have a Tata Nexon EV, it will cost Rs 90-100 to fully charge its 30 kWh battery. The Nexon EV can be driven up to 250 km on a full charge.

Central and state governments are also giving many benefits on buying an electric car. If you want to buy an electric car, then you can get a subsidy of up to 1,50,000 under the FAME-2 scheme (Faster Adoption and Manufacturing of Hybrid and Electric Vehicles). Apart from this, many state governments are also giving complete exemption in road tax and registration. Not only this, if you want to buy an electric car on loan, then you will also be given a rebate on the interest rate which can be up to a maximum of Rs 1.5 lakh. At present, no such scheme is available for buying a petrol or diesel car.

friendly to the environment

Electric cars do not emit any harmful gas or smoke, so they are completely safe for the environment. 30 percent of the country’s carbon emissions come from vehicles powered by petrol and diesel. This includes all vehicles like two wheelers, three wheelers, buses, cars and trucks. If you are an environment lover and are conscious of environmental protection, then you will love electric cars.

Now let’s talk about some problems related to electric cars.

The high cost of electric cars puts them out of reach of a common man. Most of the electric cars in the market are priced above Rs 12 lakh. Whereas on-road their price reaches up to Rs 15-16 lakh. The cheapest electric car available in India is Tata Tigor EV with prices starting at Rs. 12.49 Lakh (ex-showroom). In comparison, a most affordable petrol car becomes available at a price of Rs 5-6 lakh (on-road).

It takes an average of 4-6 hours to charge an electric car. At the same time, the tank of a petrol-powered car can be completely filled in just a few minutes. If you want to buy an electric car, then you will have to deal with this problem. Therefore, before leaving the electric car somewhere, it has to be planned to charge it.

Batteries in electric cars are expensive so whenever they reach the end of their cycle, the cost of replacing them runs into millions. However, companies selling electric vehicles give a warranty of 5-6 years on the battery as well. Usually an electric car battery lasts for 8-9 years. The battery can last for 10-12 years even when the car is not used much.

So these were some advantages and disadvantages of electric cars. We hope that you will decide by keeping these important things in mind while buying an electric car.