ICC Rankings Annual: India occupied the number one spot in T20, Team India left behind Australia by so many points in Tests 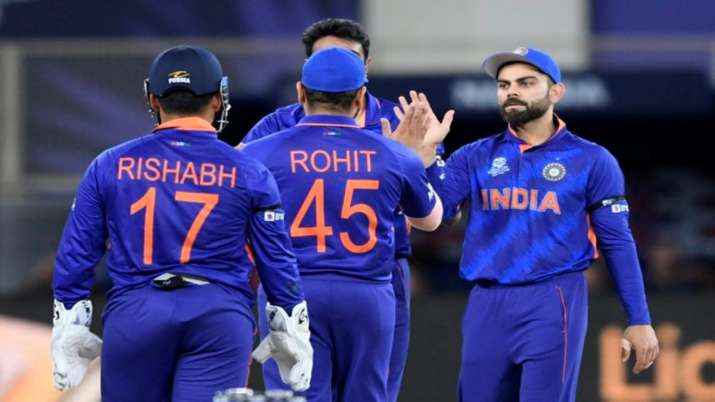 India have finished the 2021-22 season as the world’s number one T20 team due to their consistent performances at home. But in the International Cricket Council’s (ICC) annual Test rankings released on Wednesday, it is nine points behind top-ranked Australia. New Zealand is the number one team in the world in One Day International cricket following the annual rankings.

The Test series between India and England, which began in 2021, will be included in this ranking after the fifth and final match is played. “After the annual ‘update’ of the ICC Men’s Test Team Rankings, Australia have increased their lead over second-ranked team India from one point to nine, while Pakistan’s team replaces England in fifth place,” the ICC said in a release. It’s captured.”

One point advantage for India

New Zealand is third in the Test rankings while South Africa is fourth. According to the release, “India have also gained one point and are now on 119 points while England have lost the most of nine points as their 4-1 win series against India in 2018 has been removed from the ranking calculations.” has been removed. England has 88 rating points which is the lowest since 1995.

Australia defeated England 4-0 in the Ashes series in January. It has now got 128 marks instead of 119. The annual ‘update’ covers all series completed after May 2019. Now the series completed before May 2021 have been given 50 percent weightage in the annual census while the series after that have been given 100 percent weightage. India remains at number one position in T20. His lead over second-ranked England has gone up to five points instead of one.

South Africa and Australia have overtaken New Zealand which is now in sixth place. Similarly, Bangladesh and Sri Lanka have overtaken the number ten team Afghanistan. New Zealand are at the top of the ODI rankings but their lead over second-ranked team England has been reduced to one point instead of three. The difference of points between England and number three Australia has increased from seven to 17. India (105 points) are at the fourth spot in the ODI rankings, two points behind Australia (107).