HomeAutoHow much better this electric scooter is after Ola S1 Pro Move...

How much better this electric scooter is after Ola S1 Pro Move OS 2 update, know – News 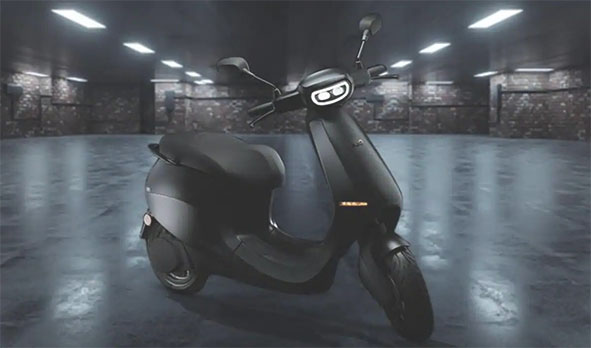 Electric scooters have also become smart in today’s era and due to internet connectivity, updates are being given in it like mobile. The Move OS 2.0 update has been given in the Ola electric scooter, due to which a lot of new features are added to this electric scooter, its range is also better. The company wants to provide a better riding experience through this.

Let’s know about some big updates

The Move OS 2.0 update will not only eliminate the battery drop problem, it will also work to address the lack of range. According to the company, after the introduction of the new eco mode, this electric scooter is providing a range of 170 km, but so far more than 100 customers have achieved a range of 200 km, which is being seen for the first time in this industry.

The new riding mode is especially beneficial in places where you are traveling on empty roads or long city-to-city travel, so you won’t have to worry about range. This electric scooter will easily achieve a range of 150 – 170 kms and most importantly there is no top speed limit. Ola says that the speed should be 45 km/h to get more range.

This feature, which is given in big cars, has now been given in an electric scooter, which is a big deal in its segment. After the new update, riders can activate this feature at any time, except in the Eco mode, if the rider wishes. It can be set to any speed between 20 km/h to 80 km/h which provides a comfortable riding experience on an empty road.

Such features become very important especially while driving on the highway and now it has become even better with the introduction of electric scooters. But being given in an electric scooter, its riders also have to keep in mind that this feature will have to be activated only on empty roads, otherwise a mistake can also be costly.

As we mentioned, now electric scooters have become smart too and keeping this in mind, the company has also brought Ola Companion App. This app does many things, with the help of which S1 Pro can be locked and unlocked, boot can be opened. Not only this, but this app also gives a lot of information like charge information, range in each mode, odometer reading and software version along with many real time features.

Nowadays, breaking the mechanical lock of two wheelers and stealing them, but now it will not happen. Keeping this in mind, Ola has come up with the facility of digital locking and unlocking as is commonly seen in cars. At the same time, information about the location of the electric scooter will also be available.

Usually, there is a big problem in driving a two-wheeler by putting a map and constantly diverting attention to the road and mobile map, but now with the new navigation update of S1 Pro, this will not happen. Now you can put where you want to go directly in the scooter and also get continuous information about it in the navigation of the scooter. That way you can keep your attention on the road.

Many times you have to stop again and again to make slight changes by applying navigation in mobile, but now you will get rid of this problem. You can change the navigation by directly touching the screen of the scooter. This screen is very easy to operate and it responds very quickly, so you won’t even have to stop.

Its screen is huge and there is no problem in viewing it and reading the figures. The biggest is the network coverage and where the network is less there can be little problem. Along with this, we felt that its GPS becomes a bit slow at times.

Whenever we used to ride two wheeler, many times we wanted to play music in empty road but the speaker of mobile did not have enough power to give sound while driving, in such a situation especially for music lover like me it was very frustrating. . But now Ola has also solved this problem and has given music update in the scooter itself.

The Ola Electric Scooter now lets you listen to music while on the move, a first of its kind in the industry. Riders can connect their phones via Bluetooth and listen to the song with the help of apps like JioSaavn, Spotify. The speaker of this electric scooter is also good and the song is good for listening.

The special thing is that its Bluetooth connects easily and every time you do not have to worry about reconnecting, it connects automatically. For this, the switchgear that controls the sound and works as a play/pause button. At present, the feature of calling is not given in this.

This is a great and revolutionary step for the entire two wheeler segment including electric scooters and Ola Electric must be commended for this. The company has given all the features in an electric scooter which are usually not found in some entry level cars.

After the new update, it has become smarter, better and with more range than before. The company has released this update for about 50,000 customers, so now customers will not only take advantage of it but will it also cause any problems, it has to be seen. It is not known what could be the problem due to getting such features in two wheeler.