HomeSportsHockeye view inside the circle

Hockeye view inside the circle 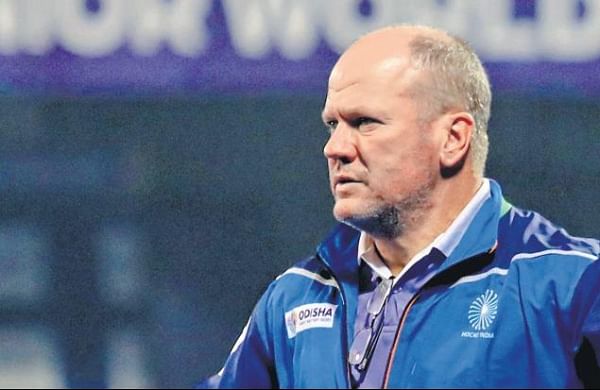 CHENNAI: On a warm early evening at Rotterdam on Sunday, Netherlands won the Pro League, beating a typically robust India 2-1. India, who will finish third irrespective of whatever happens in the remainder of the season, has had a season where they have learned a lot. Post the Olympics where they picked a bronze, the challenge was to take their game forward.

It’s fair to say they have done that in a number of areas. Their 3D skills — a very important lexicon in the sport’s modern dictionary — pressing and what they do after entering the circle have all gone up a level. None of that is a surprise when you listen to coach Graham Reid. In the last camp before embarking on the European sojourn, the team spent a considerable amount of time in looking at how they enter the striking circle. While circle penetration is an important attacking metric, what that metric doesn’t tell is the quality of penetrations. Reid and the other support staff decided to strip down circle penetrations further. They looked at chance creation (a bit like the xG model in football which measures the quality of the goalscoring chance as soon as the shot is taken).

Each circle penetration was given a number with 1 (touching the ball anywhere inside the circle) being the worst and 5 (open goal or penalty corner) being the best. The Australian, who spoke to this daily before he took a Hockey 5s team to Lausanne, explains.

“One of the things we have been talking about a lot is being aware of how we enter the circle and what we do when we are in the circle,” he says. “Every time we create an opportunity, we put a number from 1 to 5. During the Pro League, we have been creating a lot of 1s and 2s but we need to find a way of converting them into 3s, 4s and 5s. So that’s what we have been working on.”

Even though the 58-year-old says more work is to be done before they can routinely convert their 1s into 4s and 5s, their output, in terms of goal-scoring, has gone up. In fact, in this edition of Pro League, they have scored the most goals (62), most penalty strokes (4), most penalty corners (27) and also have the player with the most goals (Harmanpreet Singh with 18).