HomeTech and GadgetsHave a look at the Hyundai Creta Knight Edition? So the company...

Have a look at the Hyundai Creta Knight Edition? So the company has released its TVC – News 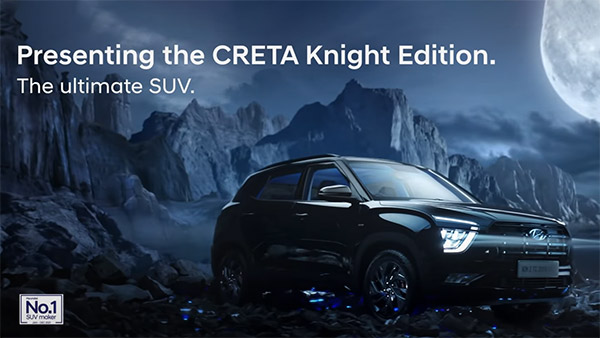 Other exterior features include Trio Beam LED headlamps and Crescent Glow LED DRLs. These will be offered as standard with all the Creta Knight variants. These features are currently available with the SX Executive variant.

Apart from this, the company has launched its SX (O) diesel automatic variant at a price of Rs 18.18 lakh (ex-showroom). Sporty black finish has been used inside its cabin. The car comes with an all-black dashboard and black seat upholstery.

The company has used contrasting red finish on its AC vents and red stitching on the seats. The new Hyundai Creta Knight Edition is available with two engine options. These include the first 1.5-litre petrol engine, which provides 115 bhp power and 144 newton meter torque.