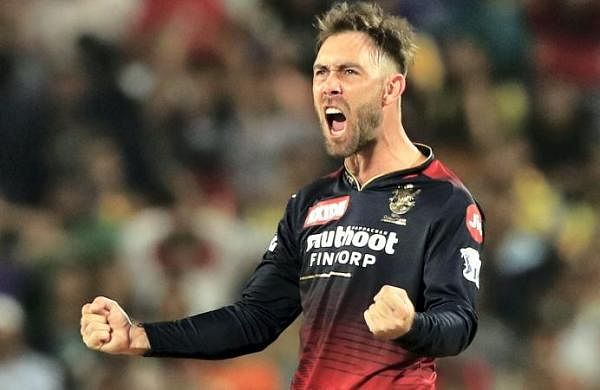 CHENNAI: The whistles are beginning to disappear for the good this season for Chennai Super Kings. Forget where they were before their game against Royal Challengers Bangalore at the Maharashtra Cricket Association stadium in Pune, Chennai were still with a genuine chance of making it to the playoffs, provided they won all their remaining five matches.

It was too much to expect from a side that has seldom appeared to click as a unit. But with the pitches beginning to get slower, thanks to the wear and tear, the conditions were getting tailor-made for Chennai to orchestrate a comeback like no other. Which is why, the 13-run defeat against Bangalore on Wednesday, was a real stinker for the defending champions.

The pitch was there to their liking. And after winning the toss, never mind their batting unit has blown hot and cold this season, Dhoni was bold enough to ask Bangalore to bat first because he thought Chennai have the skill-set to bat first as well as chase. On such pitches, Dhoni knows how to marshal his bowling resources with spinners becoming his trump card. It is his Plan A when he leads his team out in MA Chidambaram stadium.

With the surface in Pune resembling a lot to Chepauk, Dhoni used the spinners judiciously. Although he introduced both Maheesh Theekshana and Ravindra Jadeja in the powerplay, the only surprise was he didn’t open with one. And after Bangalore had raced to 57/0 in the powerplay, it was the spinners including Moeen Ali, who brought Chennai back into the game. Faf du Plessis, Virat Kohli perished to Ali’s off-spin, while Theekshana took care of Mahipal Lomror, Wandindu Hasaranga and Shahbaz Ahmed. The trio conceded only 75 runs in the 12 overs between them and accounted for five wickets.

On such pitches, more than what the spinners deliver, it is how the rest of the bowling unit compliments them that tends to decide the outcome. For a team that is without its strike bowler throughout the season and Dwayne Bravo, the inexperience in the pace department once again proved too costly.

Mukesh Choudhary, Simarjeet Singh, Dwaine Pretorius didn’t complete their quota of four overs, and between them conceded 93 in only eight overs as Bangalore targeted Chennai’s weak link. Be it Du Plessis and Kohli at the top or Dinesh Karthik at the death, they went after Chennai’s quicks and took Bangalore to 173/8.

And despite Ruturaj Gaikwad and Devon Conway providing Chennai with a solid start with 54-run stand in 6.4 overs, Bangalore turned the screws through Glen Maxwell.

The Australian accounted for the wickets of Robin Uthappa and Amabati Rayudu to break Chennai’s back in the middle. And though Conway anchored the chase, scoring his second successive fifty, the rest of the batting unit which includes Moeen, Jadeja and Dhoni failed once again as Bangalore got back to winning ways after three successive defeats.

With the defeat, the road ahead for Chennai is nearing a dead-end. Though they are not yet completely knocked out yet, they need a lot of things to go their way to progress into the play-offs. But before all of it happens, Chennai should start winning matches.

Share
Facebook
Twitter
Pinterest
WhatsApp
Html code here! Replace this with any non empty raw html code and that's it.
Previous articleKovovax is now available for children in the country, Adar Poonawalla told how effective this vaccine of Corona is
Next articleMeeting of two friends, invitation to come to India… what happened between PM Modi and Macron, know in 10 points
AUTO
Auto