HomeSportsGood to have young captains coming through the system: Saba Karim

Good to have young captains coming through the system: Saba Karim 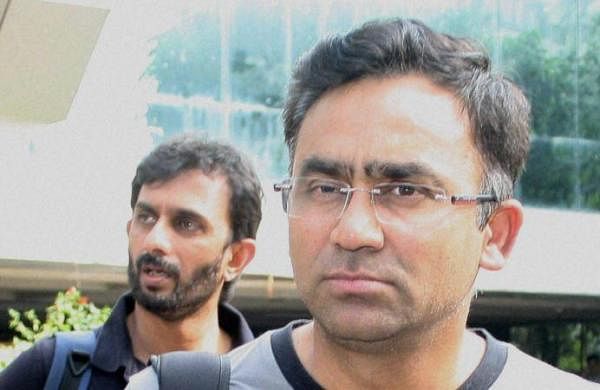 BENGALURU: For 15 years since India made their debut in the T20 format in 2006, they had only three captains who had led the side at least ten times or more. There were instances where Suresh Raina, Ajinkya Rahane or Virender Sehwag had to step in, but up until June 2021, it was largely MS Dhoni, Virat Kohli and Rohit Sharma, at the later stages, held the mantle.

As teams around the world started experimenting with different captains for different formats, India seemed to prefer an all-format captain and one of the reasons stated often for that was stability. However, as the game evolved, with the white-ball format dominating the hectic scheduling, they had to take the plunge.

Since June 2021, India has had five captains in white-ball cricket, some forced, and some planned, with Rishabh Pant being the latest. And all-rounder Hardik Pandya, who led Gujarat Titans to the title in IPL 2022, would be the sixth on the list when India take the field in Ireland for a two-match T20I series.

While some reasoning can be attributed to the hectic scheduling with top players taking part in all three formats, one of the key aspects here is also the fact that India, at this point, isnt shy of fielding two teams against two different opponents at the same time. With four of the six captains India have had in the last year on the wrong side of 30, they might be looking to groom someone who could lead the team for longer.

Former national selector Saba Karim feels it is good to have young captains coming through the system. “KL Rahul, Pant, Hardik, all of them are viable options. I received excellent reports from the team management (Titans) on the way he (Hardik) was able to inspire all his players, not only domestic but also overseas and it augurs well for Indian cricket,” he said in a select media interaction facilitated by Sony Sports Network on Friday.

“(It’s) just the reward for his skills shown as a captain in the IPL and the way he has conducted himself on and off the field. I think that is one of the biggest reasons the selectors have gone for Hardik. Great opportunity (for him), and I believe he does have the right kind of ability to take the team forward. Good to see him fit and extremely hungry to score runs for his side and put his arm up whenever the team needs him to bowl. The players have rallied around him and that is a good sign. I’m sure the same thing will happen for the T20I side as well,” he added.

One of the key aspects of the ongoing T20I series against South Africa and the Ireland tour is that the youngsters are getting an opportunity at the top in the absence of Rohit, the regular captain, Virat and Rahul. And they have done well too. With the trio playing a similar role, trying to anchor the innings more often than not, questions have been raised about the way they bat in the format and how much longer can they continue to do that. Karim believes that the three batters will walk into the XI at this point.

“This is a tough call for the selectors. At this stage, I am sure all three will walk in their XIs, but I am sure it means that if such criticism is being leveled at them, it is up to them to find a solution so that they emerge in a much better manner. That is the way I look at it,” he said, before adding, “if it’s not happening. Then, maybe the team management or the selectors will have to have hard conversations with the individuals involved. Because there is such stiff competition coming through.”

“All these three players you have named (Rohit, Kohli and Rahul) have enough experience to bring about the change in their batting, and it proves beneficial for the national side. And all these three players — because of their massive experience — have the right kind of ability to understand the needs of modern T20 batting. If they can quickly adapt to that kind of demand, then I am sure they can prove as an asset for the national side going ahead for the World Cup,” he said.

The India tour of Ireland will be broadcasted on Sony Sports Network from June 26.