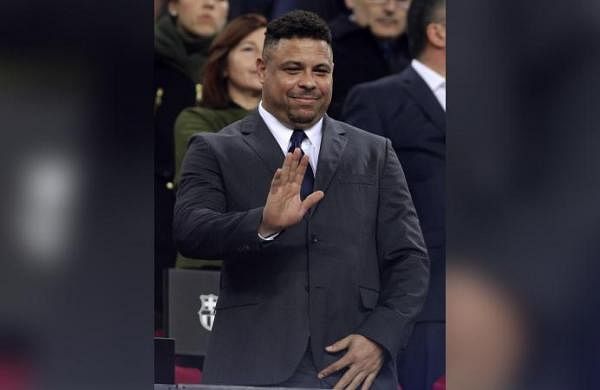 MADRID: Former Brazil great Ronaldo began a long bicycle trip from Valladolid to Santiago de Compostela on Sunday to keep a promise he made in case of his club’s promotion in the Spanish league.

Ronaldo and his partner were expected to travel several dozen kilometers (miles) a day along the traditional pilgrimage route that leads to a famous shrine in northwestern Spain.

Ronaldo began the trip at Valladolid’s stadium, some 450 kilometers (280 miles) away from Santiago de Compostela.

“It will be beautiful,” he told Spanish media. “I know that I will suffer physically, but it will be an unforgettable experience.”

Ronaldo said he vowed to make the trip after Valladolid was relegated last season.

He and his partner will be accompanied by other people who will help them during the journey.

Ronaldo, a two-time World Cup winner and a former Real Madrid and Barcelona striker, bought a 51% stake in the club in 2018 when Valladolid was still in the first division.