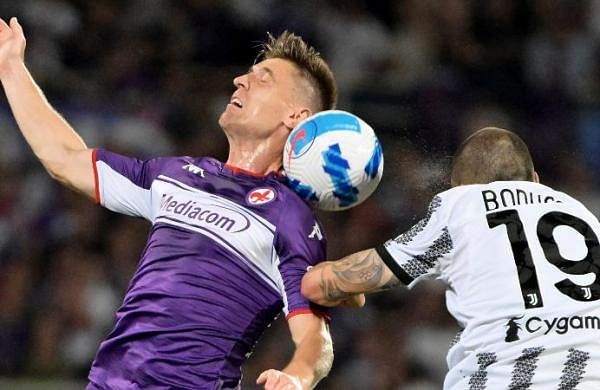 ROME: Fiorentina edged Atalanta for Serie A’s final berth in Europe with a 2-0 win over Juventus on Saturday.

Atalanta lost at home to Empoli 1-0.

Fiorentina finished seventh and Atalanta eighth, ending the Bergamo squad’s run of playing in Europe at five consecutive seasons — the last three in the Champions League, including a quarterfinal appearance in 2020.

Fiorentina, which won the Cup Winners’ Cup in 1961, had gone five seasons without playing in Europe.

Juventus had already secured a Champions League spot and a fourth-place finish.

In his final match with the club, Juventus captain Giorgio Chiellini exited at halftime after getting bloodied during a collision with Krzysztof Piątek. Chiellini is seeking a new club in Major League Soccer.

American midfielder Weston McKennie entered for Juventus in the 76th minute, his first appearance since breaking two bones in his left foot during a Champions League match against Villarreal on Feb. 22.

The Serie A champion will be decided on Sunday — the final day of the season — when leader AC Milan visits Sassuolo and defending champion Inter Milan, which is two points back, hosts Sampdoria.

Share
Facebook
Twitter
Pinterest
WhatsApp
Html code here! Replace this with any non empty raw html code and that's it.
Previous articleAyushmann Khurrana: Why the actor, who has sung many hit songs, has given up on singing? Learn
Next article5.8-magnitude quake jolts Japan, no tsunami warning
AUTO
Auto