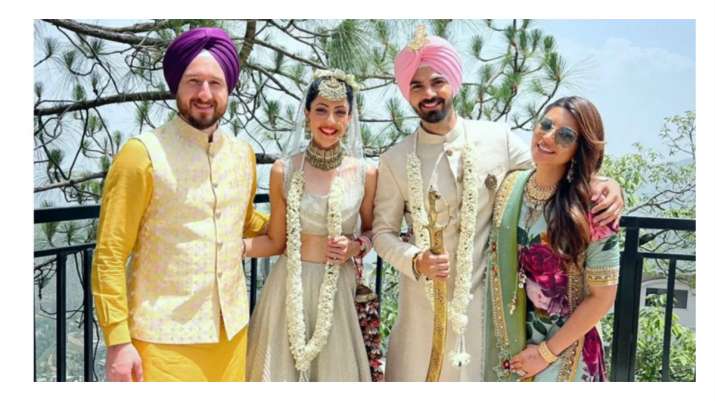 Mumbai: TV’s famous actor Karan V Grover secretly married his girlfriend and actress ‘Poppy Jabbal’ on Tuesday. ‘Udaariyan’ fame Karan V Grover got married on Tuesday, May 31 in a traditional Sikh ceremony in Himachal Pradesh, who was dating Poppy for a long time. The news of this marriage came to everyone when the actor shared a picture from the wedding on his social media handle. In this very cute picture, he was looking very handsome in a cream colored sherwani and turban tied on his head. The bride-to-be, Poppy, wore a lehenga with a heavy choker necklace and a maang tika with a similar color palette.

Karan V Grover’s wife Poppy, who appeared in the web series ‘Broken But Beautiful’. Apart from this, he has also acted in some Punjabi films.

The two first met in a car parking area and they soon started dating. As soon as Karan V Grover shared the wedding pictures on social media, all the stars of the industry started congratulating and wishing him.