HomeAutoFacelift version of Citroen C5 Aircross may be launched in September, know...

Facelift version of Citroen C5 Aircross may be launched in September, know what changes can happen – News 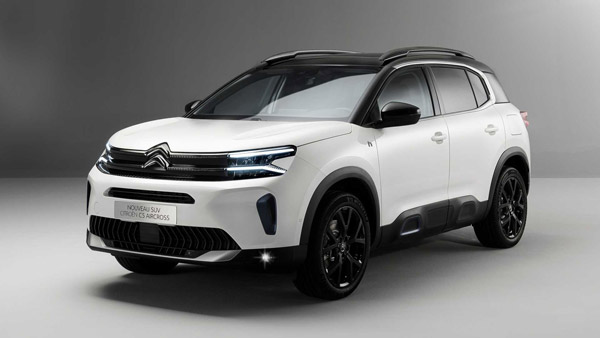 The company had launched this car in India through the semi-knocked-down (SKD) route. Coming to the engine, Citroen has abandoned its 2.0-litre diesel for the overseas markets and now engine options are restricted to the 1.5-litre diesel, as well as petrol and petrol-hybrid options.

But the thing to note is that this will not happen in India. In India, this SUV will be offered with the existing 2.0 diesel engine and this engine provides power of 177 bhp. Citroen is gradually phasing out diesel engines globally.

Talking about the design of the Citroen C5 Aircross, the updated car gets a more traditional looking nose, which replaces the split-headlamp look of the current model. The new headlamps – single-piece wraparound units – follow the pattern with their LED DRL signature diverging along their outer edges.

The LED bar is once again lined up with the grille, but this time it is not part of the Citroen Chevron logo pattern and is freely placed. The front air dam is surrounded by large, inset vents in the bumper, which serve to enhance the aerodynamic features of the vehicle.

Apart from this, the block-like patterning on the side cladding along with the contrast insert has been retained from the current SUV. However, in the new model, a new design alloy wheel has been used for all the variants. It seems that only the tail-lamps have been updated at the rear.

The company now features rectangular lighting elements in it and gets a darker colour. Talking about the interiors, you will get to see major changes here and notably a larger 10-inch touchscreen infotainment system. In this, two-piece cubed air-con vents will be placed at the bottom of the screen.

It has been replaced by a more traditional looking rectangular unit and the touch-based shortcut keys for the system have been retained, though they are now placed below the air-con vents. The gear lever has been replaced with a toggle switch unit for the automatic gearbox.