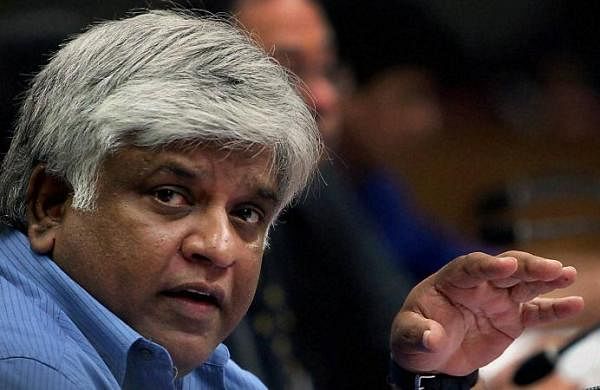 BENGALURU: The ongoing edition of the IPL gives a decent picture of the strength of Sri Lanka cricket. There are just five players from the country in the cash-rich league, and none of them barring Royal Challengers Bangalore’s Wanindu Hasaranga can be termed world-class. Compare that to players like Mahela Jayawardena, Muttiah Muralitharan, Kumar Sangakkara, Lasith Malinga, all of whom graced the IPL.

There was a time when Sri Lanka would rub shoulders against the best in the business. But, after their triumph at the T20 World Cup in 2014, things have gone south. When the likes of Aravinda de Silva and Arjuna Ranatunga retired, they had Jayawardene, Muralitharan and Sangakkara waiting in the wings to take over the baton.

When the latter set decided to quit, no one shouldered responsibility to take over the baton. They have also lacked leadership to carry the team forward. Their recent ICC rankings are a good example. They are seventh in Tests, eighth in ODIs and ninth in T20Is. The team had to play in the first round against nations such as Netherlands, Ireland and others to make it to the Super 12 of the T20 World Cup in the UAE last year, which is a sign of their decline in world cricket.

It is not only cricket, which has seen a massive downfall. Even the country is in the middle of a grim economic crisis with thousands protesting in the streets. However, former Sri Lanka captain Ranatunga believes that the cricket body in the country is even worse than the government. “It is all about mismanagement, unprofessional, that is where the crisis has occurred in cricket. The worst subject is the cricket board, they are the most corrupt institution in the country,” said the 58-year-old, who visited the Karnataka Olympic Bhavan in Bengaluru with KOA president K Govindaraj showing him around the centre.

“They have messed up everything, they do not have proper professionals who run cricket. It is worse than the government. Cricket wise we have produced players, but they are managed badly, it is a big issue… If you go to a cricket election, you are looking at 143 or 144 votes, it is all about bribing. The people who are running cricket since 2015 have messed up. I always felt that a proper sports minister would come in and they will handle this properly, but the The only thing is thieves go and capture the post. It has happened in the past and will happen in future.”

Ranatunga believes if Sri Lanka are to do well in the sport, there is a serious need for the concerned people at the top to shoulder responsibility. He even brought in the example of India, who are doing well due to the board and the key people working efficiently.