HomeSportsEngland hit mammoth 498/4 against the Netherlands, win first ODI by 232... 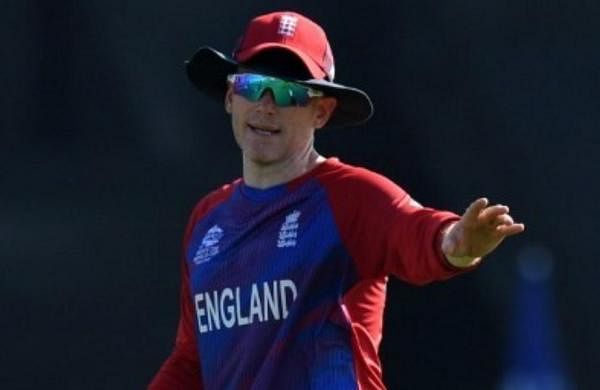 AMSTELVEEN: Riding on a 70-ball unbeaten 162 by Jos Buttler and sensational 22-ball 66 not out by Liam Livingstone, England on Friday registered the highest-ever score in the history of ODI cricket on their way to a massive 232-run victory against the Netherlands here on Friday.

Besides Buttler, Phil Salt (122) and Dawid Malan (122) also scored centuries as England posted a mammoth 498/4 in 50 overs against the Netherlands in the first game of the three-match series at the VRA Stadium, here on Friday.

The Eoin Morgan-led England team broke their own record in men’s cricket that they previously created when they scored 481 against Australia in June 2018 at Trent Bridge in Nottingham.

The Three Lions also made the highest ODI score, combining men’s and women’s cricket. Back in 2018, New Zealand Women scored 491 against Ireland Women. England also broke the record for the highest-ever List A score. Back in April 2007, Surrey made 496/4 against Gloucestershire at the Kennington Oval in London.

In reply, the Netherlands were all out for 266 in 49.4 overs as they slumped to a big defeat.

After opener Vikramjit Singh was cleaned up by David Willey for 13, fellow opener Max O’Dowd scored a 55 while Scott Edwards top-scored with an unbeaten 72 for the hosts. Musa Ahmed (21), Tom Cooper (23), Bas de Leede (28) and skipper Pieter Seelaar (25) got starts but could not stitch together a big score as the Netherlands kept losing wickets at regular intervals as they succumbed to the pressure of chasing the mammoth total.

Earlier, put in to bat first, three England batters — Philip Salt (122 off 93), Dawid Malan (125 off 109) and Jos Buttler (162 not out off 70) smashed centuries. Apart from them, Liam Livingstone also played a sensational knock (66 not out off 22) to help England post a record-breaking total.

During his innings, Buttler scored England’s second-fastest hundred in ODIs, smashing his way to the mark off 47 balls. He now holds his side’s top-three fastest, his 46-ball effort in 2015 and 50-ball knock in 2019, both against Pakistan.

He also became the second-fastest after South Africa’s AB de Villiers to score 150. De Villiers got to the milestone off 64 balls while Buttler reached the 150-run mark off 65 balls. On the other hand, Malan became only the third English player behind Buttler and Heather Knight to score a century in each format.

Meanwhile, Livingstone raced to 46 off just 13 balls and was within reach of AB de Villiers’ 16-ball record for fastest ODI fifty in Johannesburg in 2015 but he managed just two runs as he was put down by Boissevain at deep square leg off Snater then faced two dot balls.

He sent Snater’s next delivery into the sightscreen for six to reach the milestone from 17 balls, narrowly missing de Villers’ mark but claiming the England record for fastest ODI fifty.