Elon Musk says he will continue to support Dogecoin – News 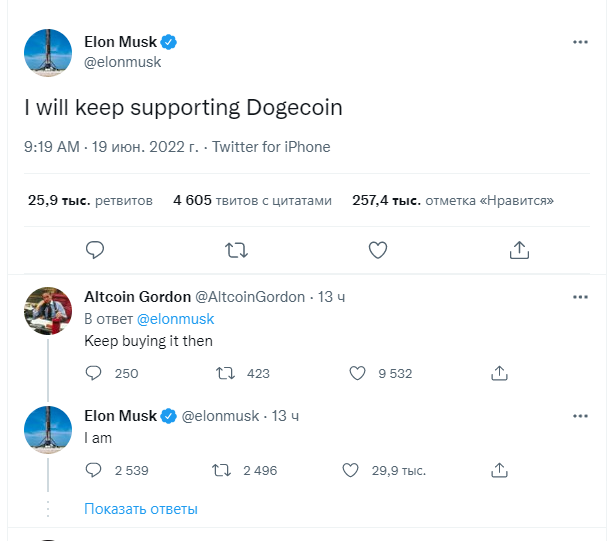 Elon Musk announced on his Twitter today that he intends to continue supporting Dogecoin.

After the tweet, the price of the meme-cryptocurrency in the moment increased by almost 9%, even against the backdrop of a falling market.

Recall that last week Elon Musk and his companies Tesla Inc and SpaceX sued for $ 258 billion. Outrageous director of companies is accused of manipulating the promotion of the Dogecoin cryptocurrency. And in December 2021, it was stated that Tesla will accept cryptocurrency dogecoin