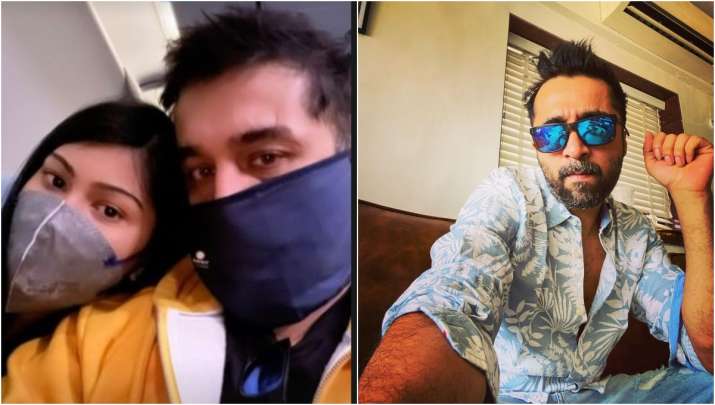 Drugs CaseSiddhant Kapoor, brother of Bollywood actress Shraddha Kapoor, was arrested by the police for taking drugs from Bangalore. During the police raid, Siddhant had gone to the party for taking drugs. However, for now, he has been granted bail.

Along with Siddhant, four other people were also arrested in this party, they have also been released on bail. The medical test also confirmed Siddhant’s taking of drugs. Meanwhile, after getting bail, Siddhant has shared his first picture with the fans. Actually Siddhant has shared this picture in his Instagram story.

This picture of Siddhant is from Bangalore while returning to his home in Mumbai. In which he is seen posing with his female friend. However, if the news is to be believed – the actor will have to go to Bangalore whenever he is called in a drug case. This is his first social media post after being implicated in a drug case. While sharing his selfie, Siddhant has also put a heart and hand emoji in the caption.

Let us tell you that this is not the first time that Siddhant has been arrested in a drugs case. Even before this, in the year 2008, during a rave party in Mumbai, Shakti Kapoor’s son was caught. During the rave party, the police conducted raids and detained around 240 people. Including theories. However, he was released after medical examination and blood sample was given for forensic examination.

Share
Facebook
Twitter
Pinterest
WhatsApp
Html code here! Replace this with any non empty raw html code and that's it.
Previous articleEating Habits: In order to save time, you may have to eat while standing, this may be 4 diseases
Next articleNetflix to expand ‘Squid Game’ universe with new reality series ‘Squid Game: The Challenge’
AUTO
Auto