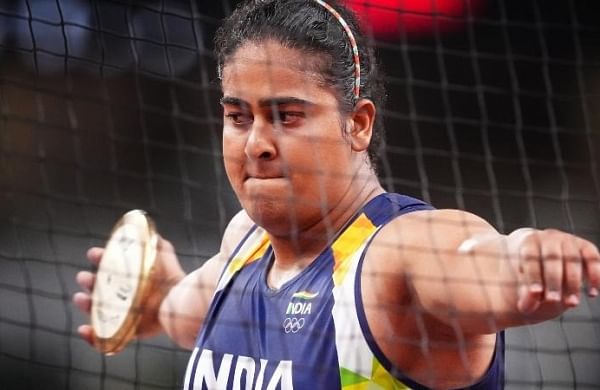 CHENNAI: Last year she created a sensation by setting a new national record and finishing sixth in the Olympics. But on Wednesday, the Athletics Integrity Unit (AIU) has provisionally suspended discus-thrower, Kamalpreet Kaur for failing a dope test. Kaur, the national record holder in the event, has been suspended because of the presence/use of Stanozolol.

The 26-year-old, who finished sixth at the Olympics in Tokyo, had become the first Indian woman to breach the 65m mark in discus throw when she hurled it to a distance of 65.06m en route her qualification to the Olympics.

The AIU, an organization set up by the World Athletics, the world governing body for the sport, has issued a notice of allegation.

“The AIU has provisionally suspended discus thrower Kamalpreet Kaur of India for the Presence/Use of a Prohibited Substance (Stanozolol), a breach of the @WorldAthletics Anti-Doping Rules,” the governing body said in a tweet late on Wednesday.

The provisional suspension means Kaur cannot take part in any competition prior to a final decision at the hearing.

Kaur, who was a national camper last year, wasn’t part of the athletics contingent earlier this year. However, she did win gold at the Indian Grand Prix in Thiruvananthapuram in March and missed out on Federation Cup Athletics meet due to injury.

Share
Facebook
Twitter
Pinterest
WhatsApp
Html code here! Replace this with any non empty raw html code and that's it.
Previous articleWhy Amit Shah is going to Bengal after a year? Efforts to end internal strife or something…
Next articleKovovax is now available for children in the country, Adar Poonawalla told how effective this vaccine of Corona is
AUTO
Auto