HomeEntertainmentDid not facilitate any event: Press Club of India on Vivek Agnihotri's...

Did not facilitate any event: Press Club of India on Vivek Agnihotri’s screening cancellation claim 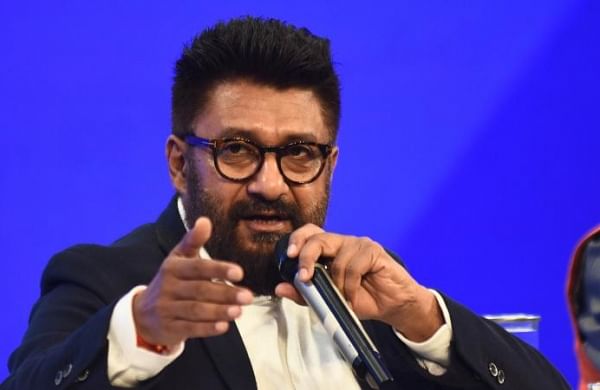 NEW DELHI: In a fresh twist to the controversy surrounding filmmaker Vivek Agnihotri’s movie Kashmir Files, the Delhi-based Press Club of India (PCI) on Wednesday denied it had allowed the movie’s screening on its premises over a month ago.

Reacting to Agnihotri’s claim that PCI “cancelled” a booking for screening the film and his allegation that “the watchdogs of democracy and messiah of free speech not only banned me undemocratically but are also lying through their teeth”.

The Press Club of India said in a sharply-worded Tweet that it “was not facilitating any event on May 5 by an individual or organisation”. To drive home its point, PCI added that “the Club allows press conferences only with advanced booking. There is a due process, and bookings have to be done through a member of the Club”.

In a statement today, PCI said that “it was not in receipt of any application for booking a press conference on his (Agnihotri’s) behalf for any event on May 5, 2022…there is a system in place for making such bookings, which involves a recommendation from a PC (Press Club) member”.

Putting out a purported letter written one Kriti Bhalla on behalf of Agnihotri’s agency, TRZY Innovationz, seeking “Cancellation on Hall which was booked for 15th March, 2022, from 12 pm-6 pm”, the PCI said, “As regards the booking on March 10, we repeated that bookings can only be confirmed upon getting a member’s signature. The receipt of March 10, referred in the tweet, was for another event. The applicant canceled the booking before they could submit a signature and the money was refunded. “

In a tweet, Agnihotri claimed that “hey (PCI) have previously booked through our agency without any member’s recco. Receipt enclosed”. He also put out an image of a letter that a person (name excised) on behalf of Zee Studios wrote to an unknown recipient on May 4.

The writer of this letter claimed that Jeetuji told him “your booking has been confirmed”. The letter writer supposedly got another confirmation the following day and referred to Kriti having spoken with Jeetu ji”.

Share
Facebook
Twitter
Pinterest
WhatsApp
Html code here! Replace this with any non empty raw html code and that's it.
Previous articleMeeting of two friends, invitation to come to India… what happened between PM Modi and Macron, know in 10 points
Next articleElections soon in Jammu and Kashmir! The work of delimitation of seats is complete, notification may be issued today
AUTO
Auto