HomeSportsDhawan sees himself playing top-flight cricket for at least next three years,...

Dhawan sees himself playing top-flight cricket for at least next three years, sill have a lot to contribute in T20s 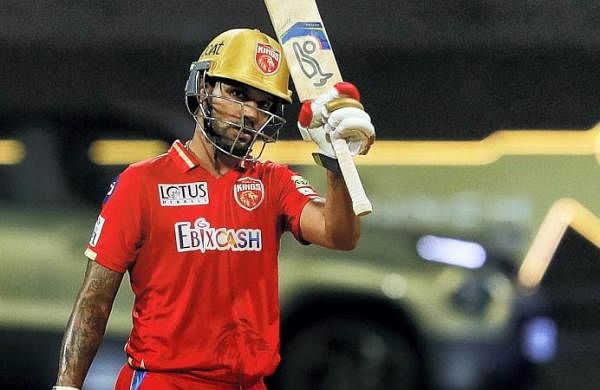 NEW DELHI: India opener Shikhar Dhawan remains an integral part of the ODI set-up but feels he still has a lot to contribute in the T20 format as he looks to play at the highest level for at least another three years.

The 36-year-old from Delhi has had another consistent run in the IPL, scoring 421 runs for Punjab Kings with one game remaining.

The last time the stylish opener scored less than 300 runs in the competition was back in 2015, highlighting his consistency.

However, despite being among the runs and leading India on tour of Sri Lanka last year, Dhawan did not find a place in the last T20 World Cup squad.

The competition for spots is only getting intense in the Indian team but Dhawan is expected to make a T20 comeback with the home series against South Africa beginning June 9.

He believes his experience can come in handy in the T20 set-up.

“Though I remain an integral part of the team, I still feel that I can contribute in the shortest format because of my experience. I have been quite doing well in the T20 format. Whatever role I have been given I have done well.”

“I have managed to stay consistent in the formats that I am playing, whether it is the IPL or at the domestic level and I am enjoying it. Consistency is not only about scoring fifties or hundreds frequently, but also about maintaining even gaps between such scores,” Dhawan told PTI in an exclusive interview.

A couple of months after leading India in Sri Lanka, Dhawan missed out on the World Cup.

He was obviously disappointed but his positive outlook to life helped him move on from that.

“Yes I am a very positive person. It was a dream come true for me leading the team last year. For the T20 World Cup, they thought the (chosen) players were better than me and fair enough.”

“Whatever decision selectors make, I respect that. That happens in life. You accept it and keep doing your job. I only focus on what is in my control and try to make the most of the opportunities that I get,” he said.

‘Definitely playing for at least another three years’

“I don’t put unnecessary pressure on myself. It’s a race that never ends. If I get into that mindset, I will not be happy and it’s not good energy. My ODI average is 45.53. I am always looking for growth, analysing if I can get better.”

“We as cricketers have to remain on our toes and fit to be relevant in the race to represent India. I am playing for the next three years at least. I have been batting quite well for the past few years, I am hopeful and positive that the way I am performing, there are many milestones to achieve.”

“My focus is about the journey and not the destination, it is more about how I am refining myself as a cricketer and how consistently am I performing and as a leader, how am I growing,” he said on a philosophical note.

With the role of power-hitting only increasing in the shortest format, Dhawan realizes that constant upskilling is “truly” the need of the hour.

“Everyone has to be open to change if that’s what is needed. I can adapt myself to any situation, I do that job on the day and in the moment, the situation may not be the same for the whole season, it keeps changing. I have the presence of mind to know when to do what,” he said.

We should have been more consistent: Dhawan on Punjab’s run in IPL

Punjab were knocked out of the IPL on Thursday after Royal Challengers Bangalore beat Gujarat Titans.

It was another season of missed opportunities for Punjab.

“I would have loved to win more matches for the team and sometimes I felt that we performed well as a batting unit and sometimes as a bowling unit, but should have been more consistent. If we had done that, we could have been in a much better position,” said Dhawan on his maiden season with the franchise.