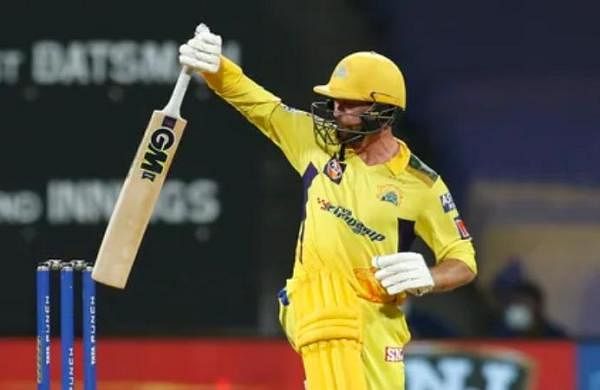 MUMBAI: Chennai Super Kings’ charismatic batter Devon Conway has revealed the trauma of missing the ICC T20 World Cup 2021 final in the UAE because of a freak injury in the semifinal against England.

The 30-year-old New Zealand cricketer was dismissed by England wicketkeeper Jos Buttler in the successful run chase in the semifinal, and a frustrated Conway smashed his bat to the ground, breaking the fifth metacarpal in his right hand.

“I think it took a while for me to get over that. I remember when I got the X-rays back, the surgeon said to me you have got a fracture in your hand. It was immediate devastation. Right, this is the end . I am not playing the final. I am not going to India straight after the World Cup (for the Test and limited-overs series). All the opportunities that were presenting themselves, I was close to the door and I think the worst thing was to go back to the hotel and tell the boys that I have done this and jeopardised my opportunity to play and help the guys to try and win the final,” Conway said on chennaisperkings.com.

“That was the toughest thing. I was fortunate enough to get the support from every single player in the group. They knew that it was a freak accident, I never for one second thought that punching my bat with my glove on I would potentially break my hand and be out of the World Cup final. So it was an immediate regret.”

Conway, who is averaging a massive 77 in IPL 2022 after scoring three half-centuries (231 runs) in the four games he has played for CSK this season, added that he had no option but to come to terms with what he had done and try to control his emotions.

“For me to overcome that I had to come to peace with that it was a mistake and the learnings that came from it all was just to make sure that you control your emotions in the heat of battle. Whether it is through your actions or it is through what you say you have to remain calm. No matter how intense that moment becomes, instead of me dwelling on that for years.