HomeSportsCricket fraternity hails Mithali Raj for being an 'inspiration'

Cricket fraternity hails Mithali Raj for being an ‘inspiration’ 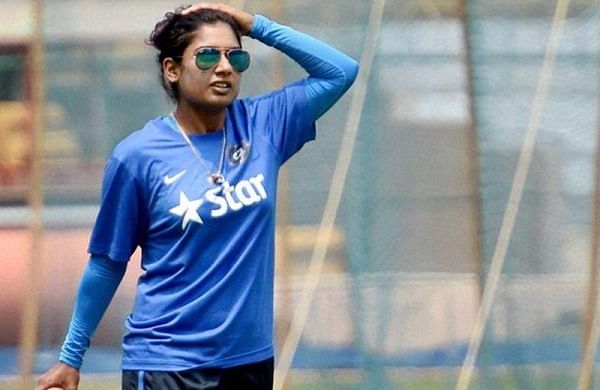 MUMBAI: The Indian cricket fraternity hailed Mithali Raj as “true legend” and an “inspiration” to millions after she bid adieu to international cricket.

In her 23-year-long eventful career, Mithali positively influenced the perception about women’s cricket.

Here is a compilation of tweets posted by current and former cricketers, and reaction of the ICC.

India wicket-keeper-batter Dinesh Karthik: “In India, the name Mithali Raj has been synonymous to women’s cricket.

You have been an inspiration to millions all over the world.

My best wishes to you for your future endeavours @M_Raj.”

Flamboyant India opener Shikhar Dhawan: “Congratulations on a marvelous career @M_Raj03. You’ve been a fine example for cricketers across the country. Good luck for whatever lies ahead.”

Former India batter and NCA head VVS Laxman: “To play for India is a dream a very few fulfill and to be able to represent the nation for 23 years is just amazing. You have been a pillar to Women’s Cricket in India and have shaped the lives of many young girls. Many congratulations on a phenomenal career @M_Raj03.”

Former India all-rounder Reema Malhotra: “Congratulations @M_Raj03 on one beautiful journey. Fortunate to have played alongside. You’ve inspired oodles of young girls to take up the sport. Your name shall remained etched forever in the hearts of cricket fans. Well played, truly. #mithaliraj.”

Former India pacer RP Singh: “You can be very proud of your career. A true legend and a hero who inspired millions to dream about playing cricket. Congratulations and best wishes for your new innings.”

Former India opener Wasim Jaffer: “Towards the end of her career, Mithali had been in form longer than some of her teammates had been alive:) That’s how long she served Indian Cricket. Congratulations and thank you @M_Raj02. Good luck for your second ins.”

Former India all-rounder Yuvraj Singh: “Congratulations on a wonderful career @M_Raj03! Not only have you set remarkable records, you led by example each time you stepped on to the field.

Countless youngsters around the world look up to you with inspiration and pride! Here’s wishing you good luck for the next innings!” ICC Chief Executive Geoff Allardice: “Mithali is one of the all-time greats of the game.

Over the past 23 years, many young girls and boys will have been inspired to take up the sport after watching her.

Mithali has played a huge role in raising the profile of women’s cricket during a crucial period of its growth and I sincerely hope she will stay involved with the game in coming years.”