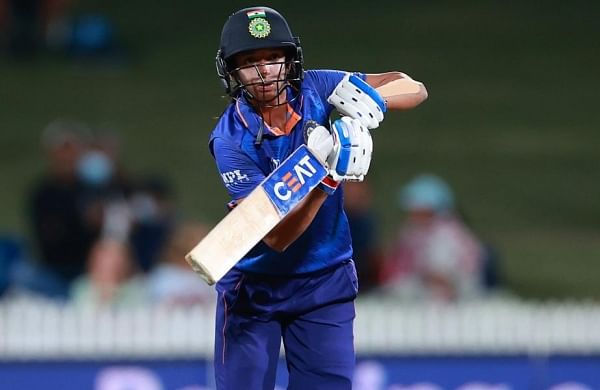 As tributes started flowing in for Mithali Raj on June 9 after the former India captain announced her retirement, the news that flew under the radar was the announcement of India’s squad for the tour of Sri Lanka, for which Harmanpreet Kaur was named as the ODI captain .

While Harmanpreet taking over the mantle from Mithali was, kind of, expected, the squad had a few surprises of its own, including the absence of Shikha Pandey, Jhulan Goswami and Sneh Rana. And there weren’t any reasons provided for the same in the press release.

However, on Saturday, head coach Ramesh Powar and captain Harmanpreet tried to address a few of them in the pre-departure press conference, apart from throwing light on how they want to take the team forward in the post-Mithali era.

While lauding her predecessor’s contribution to Indian cricket, Harmanpreet said that no one can replace Mithali and that the Sri Lanka tour would be a great opportunity to build a new squad.

“We did set some goals during the World Cup where we wanted to score 300 runs, but we were scoring 270-80. This time we will look to score more than 300. We have some players who are playing really good cricket… As a batting unit, that’s what we are going to do,” she said.

Powar said that “consistency and winning habit” were the key goals he, the captain and the vice-captain Smriti Mandhana have discussed within the team as well as the BCCI and VVS Laxman, Head of Cricket, National Cricket Academy.

“We are trying to assess where we stand and where we need to get at to beat all teams in ICC tournaments and other series. This Sri Lanka tour will give an opportunity to challenge some of the players and finalize a XI for the Commonwealth Games, ” he said.

With respect to the young bowling attack named for the tour, which includes Simran Dil Bahadur, Renuka Singh Thakur, Pooja Vastrakar and Meghna Singh, Harmanpreet felt that the series would be an ideal platform for them to step up. Calling it a “transition period”, Powar said they have to give opportunities to the younger players and support them through the NCA and the coaches.

Speaking about leading the side in all formats, the 33-year-old captain said that it will give her and the players clarity regarding the needs of the team. ” think with two captains sometimes, things were not easy because we both have different ideas… Now, it is easy for me to ask them (players) what I am expecting and I think, things will be clear for me and my teammates,” she said.

While Powar was able to throw some light on the absence of Rana in the squad — he said that the all-rounder has been “rested” due to the busy calendar and is working on her fitness at the NCA — regarding the absence of Shikha and Jhulan, he said the selectors and the BCCI could provide the update.

“As far as pace bowling is concerned, you have seen from the Australia tour, we have introduced Meghna, Renuka Singh. We introduced a few bowlers in the system as well. It will take little time to see the results… As far as Jhulan and Shikha are concerned, they have done a fantastic job over the years, BCCI and selectors can give an update on fitness and everything,” he said.