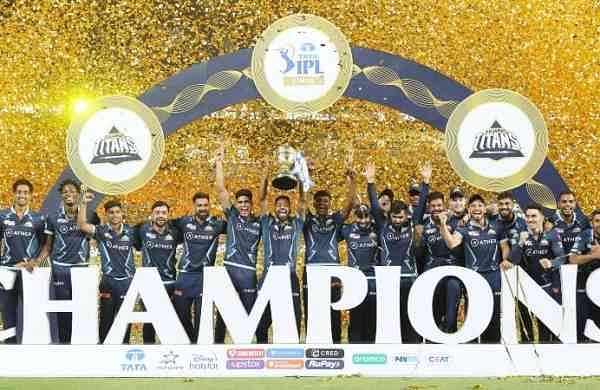 CHENNAI: Up until 7 pm on the second day of the auction, Gujarat Titans did not have a single wicket-keeper and they were also searching for an overseas batter. After all, they had spent the bulk of their money on the likes of Mohammed Shami, Rahul Tewatia, and Lockie Ferguson. In pursuit of salvaging their day and to put up a basic playing XI, they bagged David Miller, Wriddiman Saha and Matthew Wade in the final hour.

Their squad looked like the one with a lot of raw ingredients on paper, without a proven recipe that could make it work. That Jason Roy, his first-choice overseas opener, pulled out weeks before the tournament didn’t help either. With their squad, and the support staff that included Gary Kirsten and Ashish Nehra — whose record as coaches in IPL isn’t great — meant that memes and jokes were made off them on social media.

But as their first few games passed by, Titans showed that they did have the recipe. With perfect roles that were specified for every individual, they were able to outplay their opponents. More importantly, they were getting on the right side of the close games early on, with one player or the other stepping up for them — Tewatia against Punjab Kings and Lucknow Super Giants, Miller versus Chennai Super Kings. With momentum on their side, Titans put up one of most dominating performances in the IPL to clinch the title on their maiden appearance as they overpowered Rajasthan Royals in their home ground on Sunday.

So, what brought out the best in those players irrespective of the situations? After Titans qualified for the final, Miller said it was the unconditional backing from the team management with a long rope in a specified role that helped him. “It’s been enjoyable that I am not in and out and I’ve managed to build something and keep my confidence going,” he had said.

And it wasn’t the regular platitudes that we often hear from players when a team is winning. Titans were putting those words into action. For example, Tewatia, essentially a bowling all-rounder, played a role of a specialized batter in the lower-order where he just have to come out all guns blazing from ball one. Sometimes it worked, sometimes it didn’t, but it worked more often than not as Tewatia won matches for them with the bat while bowling a total of only six overs in 16 matches.

Saha was given the license to go after every bowler in the powerplay when the ‘Wade experiment’ didn’t work. If Shami was their go-to wicket-taking option with the new ball, Rashid Khan’s four overs meant that teams were often playing a 16-over contest against the Titans. Talk about the benefits of quality bowling attack in the format.

Then there was their skipper Hardik Pandya, the gel that was holding the side together. The entire tournament, he batted at No 4 or No 3, something that he hardly got to do in Mumbai Indians, anchored when needed before unleashing his stroke play in the end. With the ball too, he was chipping in here and there, leading his side from the front. “If I want my team to function in a certain way, I need to be the first flag-bearer to show them the way. So it makes more sense if I do it first,” he said after winning the title.

So, how could one sum up the Titans’ success recipe? It was probably as simple as backing a bunch of talented players to the hilt with a fluid approach while playing the format the way its supposed to be.