HomeSportsChess helped me become what I am, it's time for me to...

Chess helped me become what I am, it’s time for me to give back: Viswanathan Anand 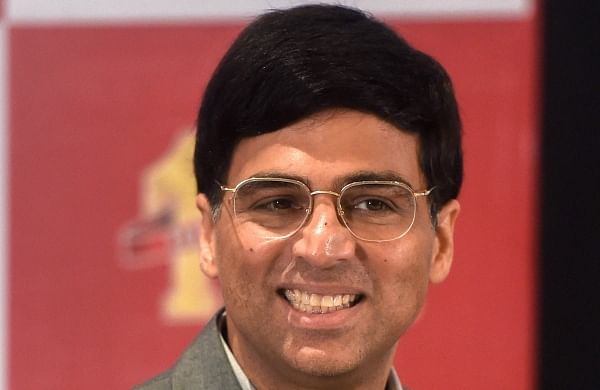 NEW DELHI: It’s time to give back to the sport, says the legendary Viswanathan Anand, who is seeking to enter global chess administration with an aim to make it professionally more enticing for the youth.

Anand, whose moves on the board still leave opponents grasping at straws, wants to fully commit himself as “someone” who can work towards the betterment of the sport.

In an exclusive interview with PTI, the five-time world champion charted out his future plans, days after the All India Chess Federation (AICF) unanimously decided to endorse his candidature for the deputy president’s post in the upcoming FIDE election.

“Compared to three or four years back, I have cut down on my time as an active chess player. I have long aspirated to come into the chess administration and this opportunity as the deputy president will be a huge learning curve for me,” Anand marked.

“The game of chess helped me become what I am today. It’s time for me to give back. The idea is to encourage more youth to take up the sport seriously and make it a profession. I will communicate my ideas and vision once I am elected to the new panel,” he added.

While Anand will be part of incumbent Arkady Dvorkovich’s panel, among other candidates is the seasoned administrator and former deputy president of the international chess federation, Bachar Kouatly.

However, Anand believes the Dvorkovich administration will have a clear advantage over the others because of the work done by them to make the sport immensely popular, especially at the height of the COVID-19 pandemic.

“The current administration has done some outstanding work to give the game a facelift especially when every sport was sidelined because of the COVID-19 pandemic. So, I readily agreed to be a part of this panel when I was nominated for the position,” Anand said, speaking about his decision to take part in the elections.

The year was 1987 when India got its first grandmaster in Anand.

As many as 35 years down the line, India has 74 of them, with the latest being the 19-year-old Rahul Srivatshav Peddi from Hyderabad.

“I always had a firm belief that we deserve to have many grandmasters in Chess. During the first time ten years of my career, there were only Pravin Thipsey, Dibyendu Barua, and I. But the current figures make me immensely happy because of the fact that we have progressed so much in chess by leaps and bounds,” Anand said.

It is unbeknownst to many that there is a serious cost factor involved when it comes to making a child an age-group world champions or a Grandmaster.

Unlike other sports like cricket, football, badminton, or even hockey, where talented athletes are offered scholarships, chess doesn’t seem to have many.

Anand, however, mentions that once he gets into administration, his prime focus would be to help those athletes who are talented enough to make the country proud.

“The (Viswanathan) Anand academy already nurtures many talented youngsters through the fellowship programs who can make big in the coming years. Besides, the FIDE has many ongoing projects for such talented athletes, especially in a country like India, where there is no dearth of talent. If and when I involve myself as an administrator, my main focus would to guide the top talent who can make India immensely proud.”

Following his spectacular show at the recently-concluded Norway Chess event, where he beat his arch-rival and current world champion Magnus Carlsen, the 52-year-old Anand is back in the top 10 of the world chess rankings after a long hiatus of 32 months.

During the discussion, Anand also brushed aside retirement plans said that even if he makes a foray as an active administrator, he will not bid adieu to the sport as a player anytime soon.

“I will go on as long as I can. I have informed my team as well that I want to continue playing even if I win the FIDE elections. The goal is to not stop playing chess anytime soon,” Anand signed off with his trademark smile.