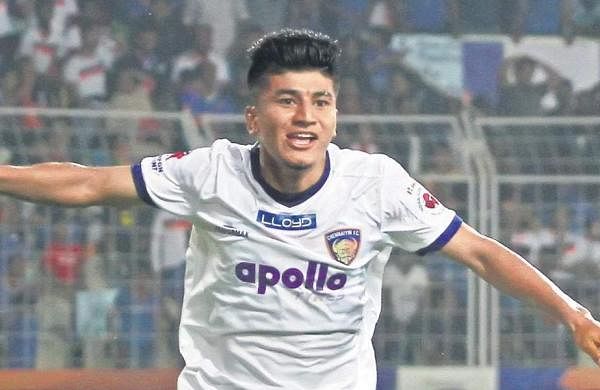 CHENNAI: Two-time Indian Super League champions Chennaiyin FC have retained the services of Indian midfielder Anirudh Thapa on a two-year deal. With this deal, the 24-year-old will continue to feature for the club he had joined in 2016 until the summer of 2024.

Since joining the Marina Machans, the Dehradun-born footballer has been an integral part of the team’s set-up, playing a significant role in Chennaiyin FC’s success over the years that also includes playing two ISL finals — winning the title once in the 2017 -18 season. “Thapa came here young. And in that time, he’s won an ISL title, established himself as one of the best in the country and also captained Chennaiyin FC for a season,” said Chennaiyin FC co-owner Vita Dani.

Thapa came in as a development player for Chennaiyin FC after spending four years at the AIFF Elite Academy from 2012-2016. “Chennaiyin FC has always been like a family to me. And Chennai, my home. So, this decision was not hard to make. I cannot wait to get started with the fans cheering in a packed Marina Arena,” Thapa expressed his excitement.

Share
Facebook
Twitter
Pinterest
WhatsApp
Html code here! Replace this with any non empty raw html code and that's it.
Previous articleManushi Chhillar On How She Prepped For Her Role In ‘Prithviraj’ | Entertainment
Next articleThese smartphones launched in the range of 15 thousand with 8GB RAM, 50MP camera, 5000mAh battery – News
AUTO
Auto