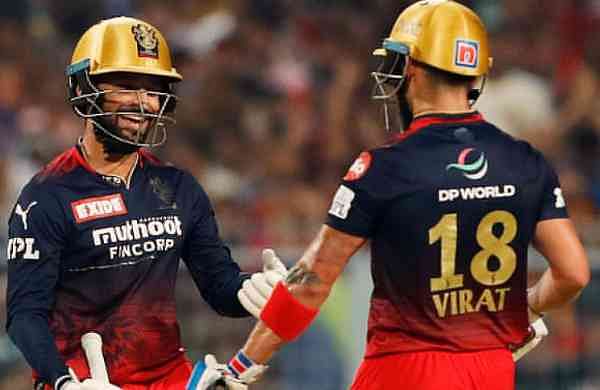 Rajat Patidar smashed a blistering unbeaten 112 off just 54 balls in Kolkata on Wednesday against Lucknow Super Giants, helping Royal Challengers Bangalore to fix a date with Rajasthan Royals in Qualifier 2 of the Indian Premier League (IPL). But, it was not what he and his family had expected to happen in May after Rajat went unsold in the IPL mega auction earlier in February.

With no major cricketing events scheduled in the country during the Indian Premier League (IPL), Patidar’s family wanted to make use of the break he got from cricket and get him married.

“We have chosen a girl from Ratlam for him. The plan was to get him married on May 9. It was supposed to be a small function and I had booked a hotel too in Indore,” Patidar, Rajat Manohar’s father, told The New Indian Express,

However, destiny had something else in store for Rajat and his family as injury had ruled out Luvnith Sisodia from the tournament, making the 2016 finalists sign Rajat as his replacement. And the 28-year-old right-hand batter from Madhya Pradesh didn’t disappoint. He stood up for them when it mattered the most, becoming the first uncapped player in the history of the tournament to score a century in the play-offs.

Earlier, the family had planned Rajat’s wedding in the beginning of winter around Diwali expecting him to be picked in the IPL auction. But as he didn’t find a buyer, a decision was made to solemnise the marriage in May.

“The marriage was not supposed to be a grand affair, so we didn’t get invitation cards printed. I have booked a hotel for limited guests but the booking has been advanced as we plan to hold the function in July once he is free from his responsibility with the Madhya Pradesh Ranji team,” the father added. Madhya Pradesh will take on Punjab in the fourth quarter final of the Ranji Trophy which is scheduled from June 6 to 10.

While the scintillating innings has taken everybody by surprise and made Rajat an overnight sensation, father Manohar, who owns a tube-well boring company in Indore, always believed that his son is destined to make it big on the cricket field.

“Rajat was hooked on cricket since he was three-year-old. He would refuse to go to school before playing cricket for at least half-an-hour. Given his interest in the game, we got him admitted at the Vijay Cricket Club when he was only eight. He always stood out at the academy despite being one of the few youngest kids there. We never forced him to focus on studies as we knew his priority is cricket,” said Manohar.

The father, however, got worried when Rajat was ignored in the auction despite playing four matches for Bangalore in the previous season. “I was concerned and asked him why he was not picked, but he was not perturbed. In fact, he told me that the teams make decisions depending on their plans and he might not fit in their plans.”

Former Ranji player Sachin Dholpure, who has watched Rajat’s growth as a cricketer from close quarters at the Vijay Club, also affirmed that the snub never affected the latter. “He was really not worried. On the contrary, he started preparing for the domestic season. And that’s how he has been for years. Even when he was a kid, he used to be disciplined and focussed. I have seen many talented youngsters but only those who are disciplined tend to succeed and Rajat was one among them,” said Dholpure.