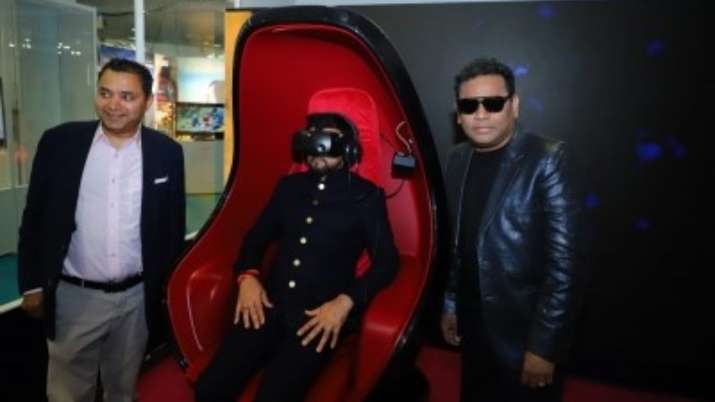 The Minister commented after his extensive experience, ‘Le Musk’ is a technical masterpiece with inter-disciplinary expertise coming together from across the globe.”

The Minister also delivered the keynote address on ‘India: The Content Hub of the World’ at the India Forum. He pointed out that “the advent of metaverses like AI, Virtual Reality and immersive technology presents immense potential for India’s IT-enabled services and IT-skilled workforce.”

Announcing that the ‘Land of the Storytellers’ is today engaging in the limelight of the cinematic world and is ready to collaborate, the Minister reiterated, “We will take all necessary measures to accelerate co-production collaborations from around the world. We We also offer you the best locations and historical places in India to shoot our films.”

Earlier, the minister began his address by saying, “I am here to represent you a civilization that is more than 6,000 years old, we are a young nation of over 1.3 billion Indians and the world It is the largest film industry in the world which produces over 2,000 films annually.

He further added, “India’s presence on the red carpet has captured the diversity of its cinematic excellence not only in terms of representation of actors and filmmakers from different languages ​​and regions, but also on the OTT platform.”